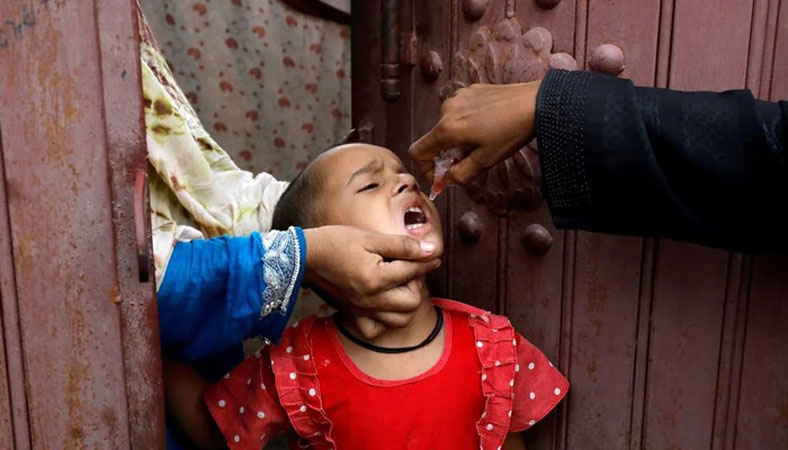 Pakistan reported another wild poliovirus case in the North Waziristan district, taking this year’s overall tally to 14, the Ministry of Health confirmed Wednesday.

Following the virus paralysing another child in North Waziristan, the district’s tally reached 13, while the only case apart from the area has been reported Lakki Marwat – which was registered last week.

The Pakistan Polio Laboratory at the National Institute of Health said that the eight-month-old girl – who is the fresh victim – was suffering from polio-induced disabilities had onset of paralysis on June 30.

All the 14 cases, the Ministry of National Health Services, Regulations, and Coordination said, were reported in children under two years of age. Polio campaigns have proven to be successful across the world, with over 99% of the world now polio-free. But only two countries Pakistan and Afghanistan are still polio-endemic – and they have reported 15 cases, with one being registered in the war-torn country.

The health ministry said that the National Emergency Operations Centers of Afghanistan and Pakistan are continuing cross-border coordination efforts. “The countries have synchronised two polio campaigns in May and June and are ensuring vaccination of children under 10 on all major transit points, along with vaccinating all ages at the international borders,” it said.

Polio is a highly infectious disease caused by poliovirus mainly affecting children under the age of five years. It invades the nervous system and can cause paralysis or even death.

While there is no cure for polio, vaccination is the most effective way to protect children from this disease. Each time a child under the age of five is vaccinated, their protection against the virus is increased.

Repeated immunisations have protected millions of children from polio, allowing almost all countries in the world to become polio-free, besides the two endemic countries of Pakistan and Afghanistan.