Hira Mani claps back at haters for Dua Zehra prayer

* On Monday, Hira posted a prayer for the young couple on her Instagram Stories 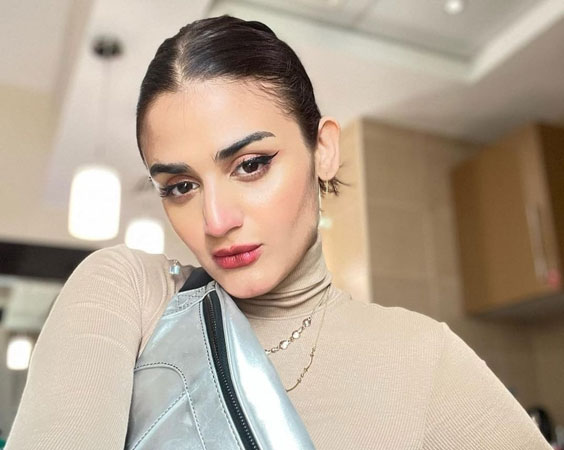 Hira Mani may not be the brightest out there, but she sure knows when people are trolling her.

She clapped back at people who called her out for her prayer for teenager Dua Zehra and her husband Zaheer.

On Monday, Hira posted a prayer for the young couple on her Instagram Stories. After reading news that Dua Zehra – the teenage girl who had been reported missing by her parents from Karachi but was later discovered to be in Punjab after eloping -had approached the court seeking shelter as she did not wish to stay with Zaheer any longer, citing fears for her life.

Hira, having married the love of her life as a teenager herself, had put out a prayer that the couple never separate.

But many people following the case and the actor were quick to call her out for it and she quickly began to trend on social media. Even fellow actor Mansha Pasha posted what appeared to be a subtweet with a quote from Rajneesh ‘Osho’ – Indian godman, mystic and founder of the Rajneesh movement – stating:

“There is nothing wrong in being stupid. But to be stubborn and to insist that your stupidity is wisdom, that is a problem.” Mansha’s comments were unsurprising given how her husband, lawyer Jibran Nasir is pleading the case on behalf of Dua Zehra’s father and has been fighting to reunite her with her parents.

The actor, who is currently on vacation in Dubai with her family, including her son Ibrahim, was quick to hit back.

In a couple of posts on her stories, she first posted recognised that she may not be the brightest one around, but she certainly understands emotions – a quality which has endeared her to her many fans more than some of her peers.

“I am not politically right but emotionally correct,” she said, adding, “That’s why I am Hira Mani.”

The actor followed that up with another post that was even more cryptic than before. “A head full of fears has no space for dreams”.

Meanwhile, Dua Zehra has been brought to Karachi as per court orders and further proceedings in the case are expected next week.