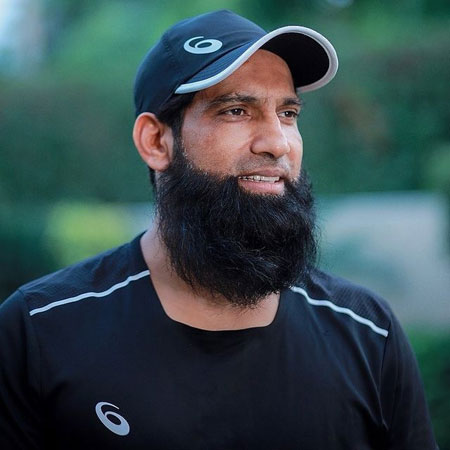 GALLE: Pakistan batting coach Mohammad Yousuf said Wednesday he was confident his team could still play for victory against Sri Lanka in the second Test, despite needing an unprecedented 508-run chase to win.

The tourists ended day four on 89-1 with Imam-ul-Haq on 46 and skipper Babar Azam on 26 when bad light stopped play for the second successive day.

They will need another 419 runs to win, or to bat out the last three sessions to draw the match and win the series 1-0.

“Babar and Imam are playing to their strength and I feel if they play in the same manner we will try to go for the target,” said Yousuf. He said the team had benchmarked itself against its 506-run chase against Australia at home in March, in a match ending with a draw on 443-7.

“I think the same target is needed in the same amount of time. Babar played an excellent innings of 196. Abdullah Shafique got 96 and it was a very good game,” Yousuf told reporters.

“The way Babar and Imam are playing it will be an interesting day tomorrow.”

The West Indies hold the record for the highest successful Test chase with 418 against Australia in 2003 at Antigua. But Yousuf said the team were relaxed and relishing the challenge to perform at their highest level.

“Boys are not under pressure, they are enjoying the game and taking on the challenge,” he said.