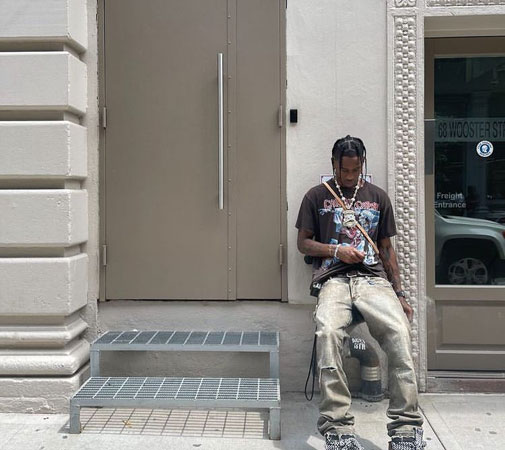 A few emojis are worth a thousand words-just ask Kylie Jenner. The 24-year-old made that much clear when she commented on a photo posted by her boyfriend Travis Scott. On July 24, the “Sicko Mode” rapper, 31, shared a pic of himself to Instagram, captioning the snap, “Got there in a New York minute.” This new post prompted Kylie-who shares 4-year-old daughter Stormi and a 5-month-old baby boy with Travis-to type out the top comment on the pic, which included four pregnant woman emojis.

And just how did Travis respond to Kylie’s comment? Well, the musician proved his emoji game was just as savvy, with Travis adding three running men emojis with two clouds of smoke behind them-proving that he’s more than ready to run towards his girlfriend at any moment.

After the pair’s flirty exchange, fans couldn’t help but chime in, adding speculation to Kylie’s comment. “Again?” one user wrote in reference to the pregnant woman emojis, while another added, “Oh golly gosh.” A third commented, “Another already?” However, it’s worth noting that Kylie’s expression of emojis could be just left at that.

This also isn’t the first time the couple has shown the world just how much they love each other.

After all, Kylie’s comment comes just days after she shared a sweet video on TikTok of her and Travis getting cosy. In the July 21 clip, the Kardashians star was seen laying down on a lounge chair before panning the camera to Travis, who was resting his head on her stomach.

At this point, it’s clear that Kylie and Travis simply give each other the butterfly effect.