* 'We just graduated from them sleeping on the floor on this trifold mattress,' she exclusively told E! News on Friday 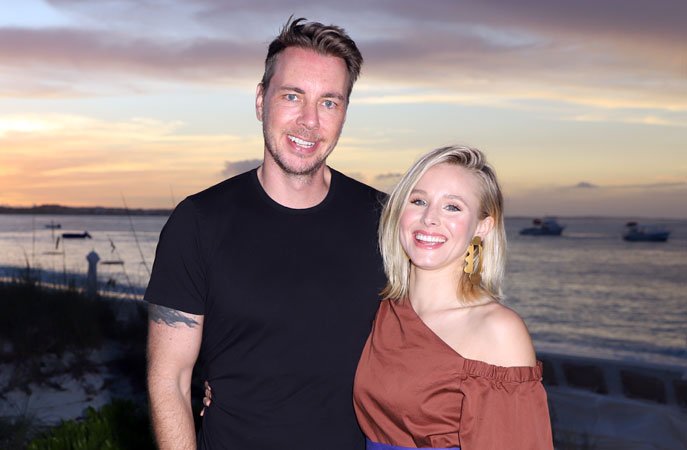 New school year, new sleep plan. Kristen Bell and husband Dax Shepard have been candid in the past about them and their daughters Lincoln, 9, and Delta, 7, all sleeping in the same room. Now with back-to-school season right around the corner, the actress shares that the family has changed up their bedtime arrangements.

“We just graduated from them sleeping on the floor on this trifold mattress,” she exclusively told E! News on July 22. “So you can congratulate me-we did it, they now sleep in their room on beds right next to each other and they cuddle with each other instead of us.” Kristen, 42, said she has help getting the little ones to fall asleep on their own with Hello Bello nighttime gummies, which include melatonin, so that her and Dax, 47, can have some quality mom and dad time.

“It would knock them out quicker and they’d be great,” she continued. “We do not want to go to sleep when they want to go to sleep, so we would hook up our headphones by Bluetooth to the television, put on a show and they would be on the floor like trying to fall asleep.” She added, “So, that’s how we got out of having to go to bed at the same time.” While the girls have their new sleep plan nailed, Kristen admits they aren’t totally independent quite yet.

“I desperately tried to get them to pack their own lunch, but it does not always work,” she shared. “It’s like, okay, you didn’t like what I packed, you pack your lunch. And I looked in and it was like literally all Skittles.”

One thing Kristen doesn’t have to stress about is shopping. The Good Place alum recently partnered with the same-day delivery company Shipt, telling E! News it makes her feel like “we’re living in the future because of how easy it is.”

“I love Shipt so much is because you get to use a preferred shopper, so you actually kind of have a relationship with the person that’s shopping for you,” she explained. “It actually gives me time back because I don’t have to spend my brain power there. It’s this perfect balance because I get all my To-Dos done, but I still get to spend time with my kids.”

But just because Kristen doesn’t have to psychically go shopping thanks to Shipt, doesn’t mean her kids always want to stay home. In fact, the actress admitted her “girls go insane inside a store.” “There’s a Target very close to us and they love it more than life itself,” she said, adding that her youngest once “left crying because she realised she couldn’t sleep there.”

Delta loves Target so much she has even taken the initiative to show her appreciate for its employees. “About two months ago, we went and she said, ‘I want to stop at the flower shop,’ and she bought flowers for the cashier at Target-who she doesn’t know!” the actress said. “She’s like, ‘I just want to thank her or him for like, being at Target for me.'”