* 'I did it,' Bre wrote on Instagram on Monday 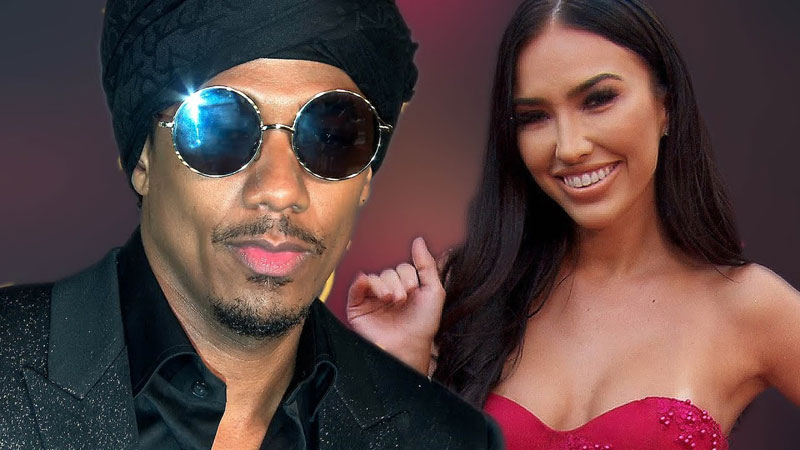 Nick Cannon has officially expanded his family once again. The Wild ‘N Out star and model Bre Tiesi welcomed a baby boy, his eighth child, on June 28. Her son weighed 8 pounds and 10 ounces at birth.

“I did it. An all natural unmedicated home birth,” Bre wrote on Instagram on July 25. “This was the most humbling / limit pushing yet awakening and completely empowering experience. I can’t thank my team enough for delivering my son safely.”

She added that the experience “has changed me forever… I can’t believe he’s here.” Bre gushed of Nick, “I couldn’t of asked for a more amazing and supportive partner. Daddy showed the f up for us.. I couldn’t of done it without you.”

See all the photos of her home birth here and her vlog here.

The two previously celebrated their upcoming arrival with a maternity photo shoot. Back in January, Nick confirmed that he was expecting another child after photos surfaced of Bre celebrating a baby shower in Malibu, Calif. While the talk-show host admitted to knowing about the pregnancy, he wasn’t sure when to share the news with fans because he was grieving the loss of his son, Zen.

“This was always in the back of my mind, like, ‘What is the right time? How do I share this?'” he said on The Nick Cannon Show. “I wanted to definitely respect the grieving process with and Bre was respectful enough-she held off making our announcements and speaking on social media.”

Back in July, Nick welcomed son Zen, his seventh child, with model Alyssa. Five months later, the Drumline star confirmed that the infant had passed away after a battle with brain cancer, which was first detected during a health checkup. “I didn’t know what to say when I was dealing with Zen or to hold off,” Nick explained. “We wanted to, you know, hold on as long as we can, but it happened. We here and I’m with my family.” According to Bre, she was “horrified” to see photos of her baby shower make headlines without her knowledge. The model also later set the record straight on some of the rumors surrounding her pregnancy journey in an Instagram post.

“From the day I found out I was pregnant, I was over the moon excited and filled with joy,” she wrote on Jan. 31. “I am incredibly excited and eager to be a mommy.”

“This was not how I’d hope to share this news especially given that I’ve been able to protect this news for almost my entire pregnancy,” Bre continued. “With that said, thank you to those surrounding me with love during this beautiful time in my life. I cannot wait to meet my son.”

Nick is already dad to 11-year-old twins Moroccan and Monroe, who he shares with ex-wife Mariah Carey. He is also dad to 5-year-old Golden “Sagon” and 19-month-old Powerful Queen, with Brittany Bell; and 13-month-old twins Zion Mixolydian and Zillion Heir, with Abby De La Rosa.

When asked if he plans to have more children, Nick didn’t rule out the possibility. “I love children. I love my children,” he said on his talk show. “I want to be the best father I can possibly be but I’m not counting out never having more children. So, again, I love all of my children and can we stop talking about me?!”