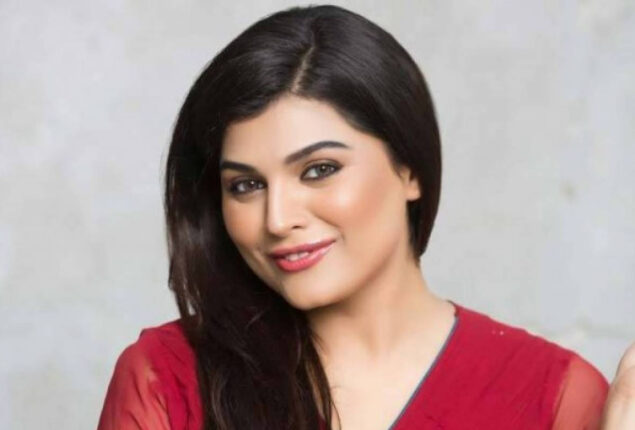 LAHORE: Actress Sophia Mirza’s ex-husband and Dubai-based businessman Umar Farooq Zahoor has filed a case against the actress in Federal Investigation Agency (FIA) for running a malicious social media campaign against him by making false and unsubstantiated allegations to gain media attention.

In the petition filed before the Cyber Crime Cell of the Federal Investigation Agency in Lahore, Umar Farooq Zahoor has said that 44-years-old Sophia Mirza (whose real name is Khushbakht Mirza) ran a campaign against him on social media and on electronic media as well.

Farooq has pleaded that the accounts Sophia is using to run campaigns against him must be blocked for their misuse and for spreading false information. Sophia Mirza has been in the news lately after her Dubai court affidavit was released in which the actress confirmed that she was forced by her mother to abort her first child at an Okara clinic by her mother Nasreen Mirza.

The application to the FIA Lahore says that Umar Farooq Zahoor s a well-known international businessman and also serving as Ambassador at Large for the Republic of Liberia for the Regions of the Middle East and South East Asia including Pakistan.

The application says: The ex-wife of Applicant Ms. Khushbakht Mirza alias Sofia Mirza belongs to the showbiz industry. The Applicant parted ways with his Ex-wife in the year 2007-2008. Later on a dispute arose between the two for the custody of the daughters and after several rounds of litigation reached the Honorable Supreme Court of Pakistan. The Honorable Apex Court finally decided the matter in 2013. It is pertinent to mention here that the Applicant paid a colossal sum of money to his ex-wife for settlement.

“In the year 2019, Ms. Khushbakht Mirza, taking advantage of her connections to media and showbiz, again started a malicious campaign against the Applicant on mainstream media as well as on social media in order to extort more money. Ms. Khushbakht Mirza is also using other fake ids on social media platforms to post defamatory material against the Applicant.

Umar Farooq Zahoor has requested the FIA to remove the defamatory content from Social Media and blocking of ids and pages used for posting the aforementioned defamatory material against the Applicant. “Moreover, the Applicant also seeks initiation of criminal proceedings against Ms. Khushbakht Mirza and all the other persons involved in this criminal activity under the provisions of the Prevention of Electronic Crimes Act 2016,” the application says.

It must be noted that a Lahore court has issued notice to actress and model Sophia Mirza in the Rs500 million defamation case filed against her by Umar Farooq Zahoor. The court has sought a reply from the actress by September 7 in the case filed against her by her former husband Umar Farooq. Umar Farooq has also written a letter to Federal Interior Minister Rana Sanaullah and demanded an investigation against those who have made false accusations against him.

In the letter, Umar Farooq Zahoor said that an investigation should be launched against his ex-wife and her accomplices namely Shehzad Akbar, former DG FIA Sanaullah Abbasi and Ali Mardan.
Court documents had revealed that Mirza ran a vindictive campaign against her former husband in connivance with former Advisor to Prime Minister Imran Khan on Interior and Accountability and Assets Recovery Unit (ARU) Chairman Mirza Shahzad Akbar.

Akbar used the Federal Investigation Agency (FIA) for a malicious campaign against the businessman and a case was registered against Umar Farooq under Akbar’s direction.
Sophia Mirza filed a complaint with the FIA Lahore Corporate Circle, claiming her husband was involved in fraud and money laundering.

The documents also revealed that the FIA lied to the International Criminal Police Organization (Interpol) to take action against the businessman, whereas, the courts in three countries acquitted Umar Farooq after not finding him guilty of all charges.

Mirza had also managed to get a case registered against Farooq for kidnapping his own daughters, with whom she had a long-running dispute over custody of their two daughters. The former husband of the actor and model said that Sophia took Rs5 million to give custody of two daughters to him with the condition of not to mention payment money in the agreement.

However, daughters of the actress have said that their mother, who is only after money, is making “fake problems” to get attention and publicity whereas they are living happily with their father in Dubai. Exclusively talking to Dunya News, the girls said that they are living comfortably and happily in Dubai with their father and claimed that their mother is spreading fake news just to get attention as her career is finished.