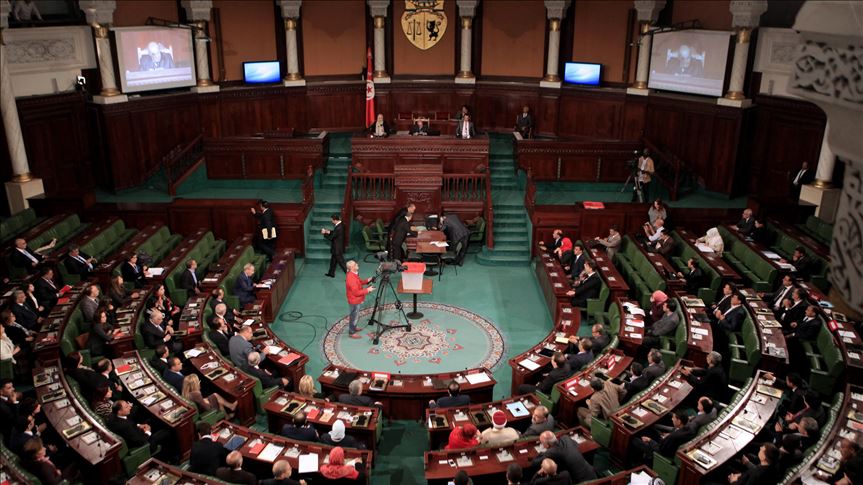 Tunisians have approved a new constitution in a referendum, the head of the country’s electoral commission said Tuesday, citing preliminary results.

Farouk Bouasker, president of the Independent High Authority for Elections, said 94.6% of the participants in the referendum voted “yes” and 5.4% voted “no.”

The turnout rate was only 27.54%, according to unofficial results.

However, the Tunisian Association for Integrity and Democracy (ATID) announced that they had recorded many violations during the referendum.

“We have recorded many election violations such as blocking the observers, the presence of age discrimination in the voter lists, and the failure to pay attention to the secrecy of voting at some election centers,” said ATID President Muaz al-Hamruni, speaking at a press conference.

The Independent High Authority for Elections in a statement said it would evaluate the alleged violations.

The new constitution, which will replace the 2014 constitution, consists of 142 articles that give broad powers to the president.

The reaffirmation of Islam as Tunisia’s religion, which caused controversy during the drafting process of the constitution, was not included in the new constitution. It was replaced with the statement that “Tunisia is part of the Islamic nation.”

In the new constitution, which does not include any mechanism to control the president, the president will be able to appoint the head and members of the government. Also, a second assembly is to be established called the “Regional and Local National Council” in addition to the Tunisian People’s Assembly.

Tunisia has been undergoing a severe political crisis since July 25, 2021, when President Kais Saied sacked the government and suspended parliament.

Tunisian forces consider these measures a “coup against the constitution,” but others see them as a “correction of the course of the 2011 revolution,” which overthrew then-President Zine El Abidine Ben Ali.

Saied, who in 2019 started a five-year presidential term, considers his measures necessary to “save the country from imminent danger.”