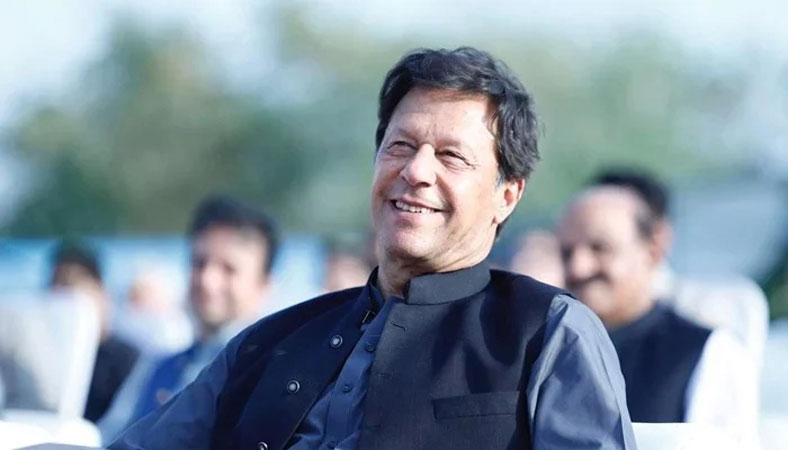 Pakistan Tehreek-e-Insaf Chairman Imran Khan on Tuesday lauded the judges of Supreme Court’s three-member bench for ‘standing firm and upholding the constitution and law’ as they struck down the Punjab deputy speaker’s ruling on the chief minister’s election. “I appreciate our SC judges for standing firm & upholding the Constitution & law, against all manner of threats & abuse,” the PTI chief wrote on Twitter. The PTI chief also thanked Barrister Ali Zafar and his team as well as the people of Punjab for coming out in “unprecedented numbers” in the bye-elections against rigging. PTI Chairperson Imran Khan called his supporters to take to the streets and celebrate on Wednesday.

The PTI said that his party will celebrate the win today with the people who stood by their campaign for Haqeeqi Azadi. Congratulating the nation on the victory, former information minister Fawad Chaudhry said that ex-Punjab CM Hamza Shahbaz should have resigned after the elections principally but he was involved in unprincipled politics. “The Supreme Court restored the constitution,” he added. PML-Q leader Moonis Elahi, who is the son of Pervez Elahi, said that Hamza is “gone” while referring to him as “kukri” (chicken). “Neither Hamza’s father nor his sister could save him,” wrote Moonis. Speaking outside the Supreme Court, PTI Vice Chaimran Shah Mahmood Qureshi hailed the apex court verdict saying, “I pay tribute to the judges for tolerating unruly behaviour of the government ministers”. He said the verdict is the victory of the public mandate and Constitution. “People rejected the imported government and this is a victory of public mandate and Constitution.”

He also lashed out at the deputy speaker, Dost Mohammad Mazari, who belongs to PTI, saying he played a “shameful role” in the chief minister’s election. “[Prime Minister] Shehbaz Shairf should now dissolve assemblies and call early elections which is the only solution now.”

Speaking on the occasion, PTI leader Asad Umar while responding to the coalition partners’ reservations over the three-member apex court bench said the same judges were also part of the bench which ruled against PTI-led government in April this year. Awami Muslim League (AML) chief Sheikh Rashid, who is a close confidant of ex-PM Imran, said the top court has announced the ‘historic decision’ which he said dealt blow to the “gang of conspirators”. “Those who ‘attacked’ Supreme Court faced defeat… they used foul language against courts and hatched conspiracies while sitting in the PM House,” Rashid said in a video statement. “All credit goes to Imran Khan as he stood firm against them [ruling alliance] and due to his efforts PTI was able to win 15 out of 20 seats in the Punjab by-elections,” he added. He also congratulated the newly-elected chief minister Pervaiz Elahi, saying the “truth will soon prevail at the Centre as well”.