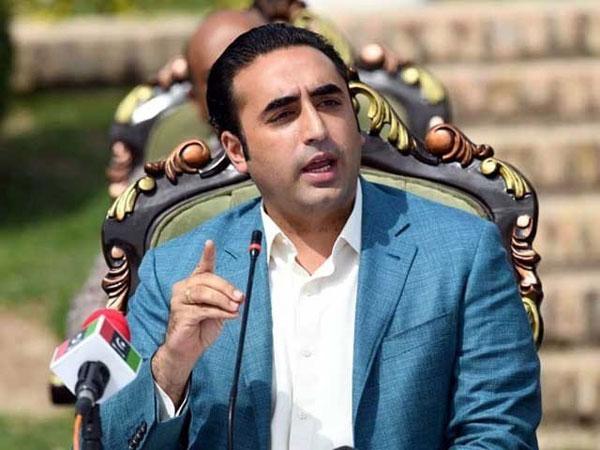 Pakistan People’s Party (PPP) Chairman Bilawal Bhutto Zardari on Tuesday endorsed the opinion of one of his party leaders to make rules to regulate the practice and the procedures of Supreme Court under Article 191 of the constitution, suggesting the coalition partners to limit the powers of the apex court. “Parliamentarians/PDM, if you really care about restoring balance of powers then read Art 191 and act decisively. Or stop grumbling,” Babar said in a post re-tweeted by Bilawal Bhutto-Zardari. In another tweet, the PPP leader wrote, “A new political philosophy in the making: “Constitution, not parliament, is supreme and Constitution is not what’s written in it but what the SC says it is”. “Massive shift of power taking place from elected to unelected. Parliamentarians think about it. Wake up”, he added.

Meanwhile, Federal Minister for Power Khuram Dastagir said the parliament has the authority to review Supreme Court’s powers on evaluation of judges, formation of bench, allocation of cases and the suo moto jurisdiction of the apex court. The Pakistan Muslim League-Nawaz had reservation on the three member bench since the disqualification of former prime minister Nawaz Sharif but always respected the judiciary, he said while talking to a private news channel. He said PML-N would continue serving the country and would follow the law as always took measures for independence judiciary. Dastagir said that all institutions including Supreme Court are the production of constitution. He said PMLN and its allied parties demanded of full court bench on chief minister Punjab election for broader interest of 120 million people of the province. The federal government would work with chief minister Punjab Chaudhry Pervaiz Elahi for the development of the country. Replying on a question, he said the PTI in their tenure have been misused the law and jailed their opponents in fake cases.