Kareena opens up about being warned against marrying Saif Ali Khan

* In a conversation with Zoom Digital, Kareena shared how she had always been undeterred by people's comments about her career and marriage 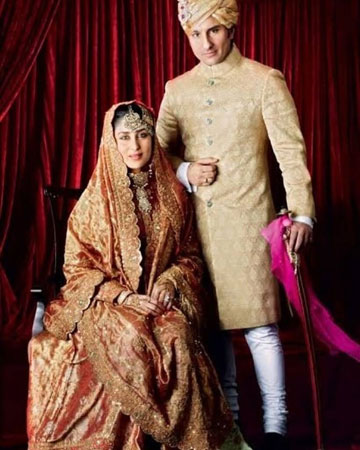 Time and again, Kareena Kapoor Khan has opened up about how she was always warned against marrying her husband, actor Saif Ali Khan with whom she shares two children, Taimur and Jeh. Amidst making headlines for their family vacation in London, the Veere Di Wedding actor has now attracted trolls for opening up about the marriage trope once again.

In a conversation with Zoom Digital, Kareena shared how she had always been undeterred by people’s comments about her career and marriage. “I was told ‘Don’t marry Saif. Your career is over. Nobody wants to work with married women’. And my attitude was like, ‘That’s fine. If you don’t want to work with me, don’t work with me. If I don’t get work, I’ll sit at home and do something else’,” she said. While the statement gave a lets-go-with-the-flow chill vibe to some, it didn’t sit well with others.

Commenting on the publication’s Instagram page where a snippet of the interview was posted, a user called Kareena out for her privilege. “Actually she never needed to work because her family is rich”, while another said, “Old boring stories. She married when she was in 30s, not 20s. Look at Alia at 29 married and expecting a child. Not like stars of the 90s or 2000s who when they reach 35, they think of marriage and motherhood.”

In the same conversation, she also reacted to the response Taimur’s paparazzi photos get. “People say, ‘Oh I look at Taimur’s pictures and it makes me very happy really.’ I find it a little weird also. Because I don’t look at other people’s kids and it doesn’t make me happy,” said the Heroine actor.

Fans thought the statement was not in good taste given her “attitude about children” and connected it to how inappropriate it is given she’s a brand ambassador of Unicef. Another user demanded a dislike button in the comments and said they regret giving Taimur love if this is what they get in return.

On the work front, Kareena awaits the release of Laal Singh Chaddha which is headlined by Aamir Khan. The Forrest Gump adaptation also stars Naga Chaitanya and Mona Singh in pivotal roles.