I was an extremely supportive wife: Sara Bhatti 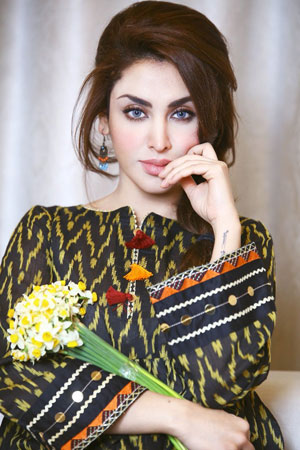 Actor Sara Bhatti is not pleased with ex-husband Mikaal Zulfiqar’s recent comments on their marriage.

In a recent interview, he said he is “scarred and scared” but wouldn’t mind moving on and confessed that as a married man he felt “pressured” to clarify things with his wife. Now, Bhatti has responded to his claims and said she was an “extremely supportive” wife who took on responsibilities to let Mikaal travel and work. Taking to Instagram on Monday, Bhatti responded to Zulfiqar’s interview for ICON. She shared an Instagram story and wrote that “there is absolutely no truth to the statements” about her written in article by The Current.

“I was an extremely supportive wife who took the entire responsibility on her shoulders alone just so Mikaal could travel and work, which he did non-stop. I never ever questioned him about women he worked with,” she revealed.

Bhatti also added that she did question Zufiqar about things which had actual “truth” in them and threatened to sue the publication for defamation and character assassination if those things were untrue.

In her next Instagram story, the Silsilay actor wrote that there have been multiple accounts online pretending to be her which have been highlighted for all the wrong reasons. “I’ve been accused of being a bad mother, various lies are constantly published about me,” she wrote. Bhatti also said that she doesn’t think rumours are worth addressing.

“I’m on my life path, Alhamdulilah. I do hope that all those people doing this should be on their own life paths. I know for a fact God did not create you to spread gossip and lies about others,” she concluded.

Zulfiqar and Bhatti parted ways in 2017 after being married for about six years. Five years ago, the Fraud actor had made it public on Facebook and said despite efforts from both ends the couple has decided to go different ways. Bhatti and Zulfiqar share two daughters, Rania and Elaina.