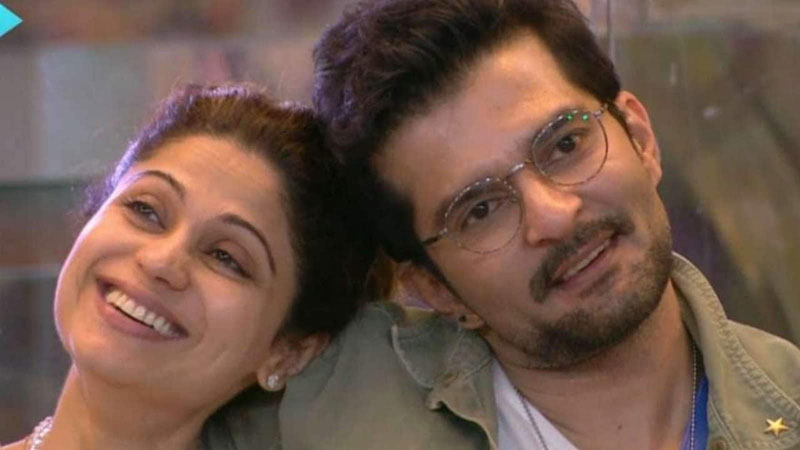 Actor Shamita Shetty confirmed on Tuesday what rumour mills had been claiming for a while, that she and Raqesh Bapat have broken up.

Shamita posted a note for her fans on Instagram Stories on Tuesday evening, saying that she and Raqesh ‘are no longer together’. The two had met on Bigg Boss last year and began a relationship after coming close during their stint on the popular reality show.

Shamita and Raqesh are to be seen in a music video together, which they had shot for in May. Referring to it and clearing the air about their relationship, Shamita wrote a note on Instagram Stories. “I think it’s important to make this clear. Raqesh and I are no longer together and have not been for a while, but this music video is for all the beautiful fans who have given us so much love n support,” the note read.

Shamita urged the fans to be positive and give them the same love as they have till now. “Do continue to shower us with your love as individuals too. Here’s to positivity and newer horizons. A Love and gratitude to you all,” her note concluded.

Shamita and Raqesh Bapat began dating after meeting in Bigg Boss at the end of last year. Their bond on the show was appreciated by fans and they confirmed their relationship as the show ended a few months later. In March, Shamita had even travelled to Pune to meet Raqesh’s family there, fuelling speculations that they planned to tie the knot soon. However, soon, rumours of their break-up began doing the rounds. In May, Shamita had spoken about the pressure of being in a relationship that’s always in the spotlight. “Unfortunately, my entire relationship has been out there because we were on a public platform for quite some time. We did create a certain amount of fan following and our fans love to see us together. But yes, it’s tough. It puts a lot of pressure on two people in a relationship, because you feel like you are constantly explaining yourself,” she told Hindustan Times.