‘Those who can’t be bribed must then be eliminated’ 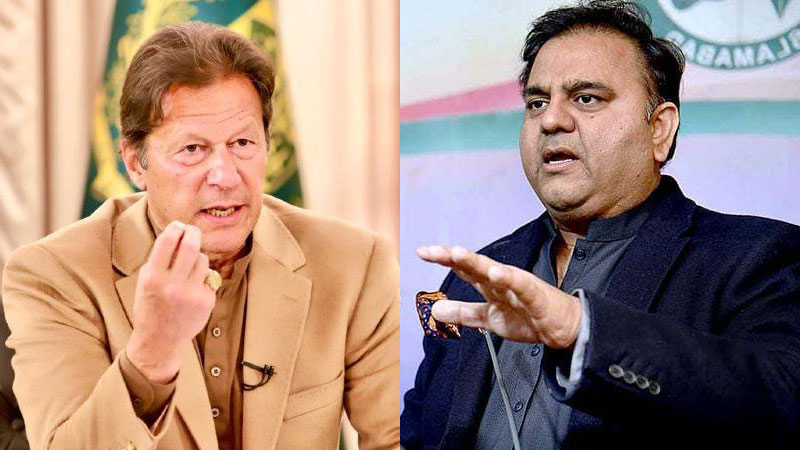 Former prime minister and Pakistan Tehreek-e-Insaf (PTI) Chairman Imran Khan on Monday shared a video on his Twitter handle about the 1997 attack on Supreme Court by PML-N workers.

On November 30, 1997, former premier Nawaz Sharif had appeared before the top court along with party workers, members, chief ministers, and constituents to hear the proceedings. Unruly party workers stormed into the Supreme Court, forcing Chief Justice Sajjad Ali Shah to remove the findings of contempt against Sharif. Police eventually managed to restore normalcy using batons and tear gas both inside and outside the courthouse, but the court could only proceed for about 45 minutes.

“This video says it all about the Sharif mafia. Those who can’t be bribed must then be eliminated,” said Imran Khan along with a BBC report on the infamous incident.

The former premier shared the video after a presser of coalition government parties who had demanded formation of a full bench to preside over Pakistan Muslim League-Quaid (PML-Q) leader Chaudhry Pervaiz Elahi’s petition against the election of Punjab chief minister – a request that has been denied by the
apex court. Later in the day, the Supreme Court rejected the coalition government’s request.

The court in its short order said that it examined the deputy speaker’s ruling on Punjab CM election and detailed reasons for rejecting the petitions for constituting the full court will be issued later. The hearing of the case was adjourned till 11:30am tomorrow (Tuesday).

Reacting to the SC verdict, PTI’s Fawad Chaudhry said in a democratic country, Hamza should have resigned by now. “The court will be made controversial now,” he said. Fawad Chaudhry expressed disappointment on how Pakistan Democratic Movement (PDM) lawyers presented their arguments to the Supreme Court in an indecent and ill-mannered way. In a tweet on Monday evening, the PTI leader said the entire case should be telecasted live on so that the world can see how disrespectful the coalition government lawyers are. He failed to understand how the three-judge bench headed by Chief Justice Umar Ata Bandial and comprising Justice Ijaz-ul-Ahsan and Justice Munib Akhtar tolerated the rude behavior. “The government lawyers resorted to rude behavior because of weak arguments,” Fawad said, concluding it as a mere pressure tactic to prolong the top court’s decision in the case.

In a scathing attack on Maryam, Fawad Chaudhry demanded that “Maryam should go to jail” as she is speaking against institutions despite being on bail. Fawad, in a press conference, said that it was the mistake of people in powerful quarters that such people have been “imposed” on the country and reiterated that “their next target will be against certain army personnel”. The PTI leader reprimanded Chief Minister Punjab Hamza Shahbaz and asked in what capacity he was still in office. “The people have rejected them.” Taking over the presser, PTI leader Shireen Mazari said that coalition rulers will get an NRO II. “We have given a message to the neutrals: Decide for the people. It’s been three months and Pakistan is in a bad condition,” she said.

PTI leader Asad Umar said that Hamza Shahbaz had no right to sit on the Punjab chief minister’s seat, and “it has been proved once again.” “We thank the court to give them ample time to present logical arguments, but they failed to do so,” Umar said. “Forming a full court bench is strictly the chief justice’s prerogative.” The former planning minister added that the court has given the government a third chance to present their arguments, which is a good thing, but it is also causing political turmoil.