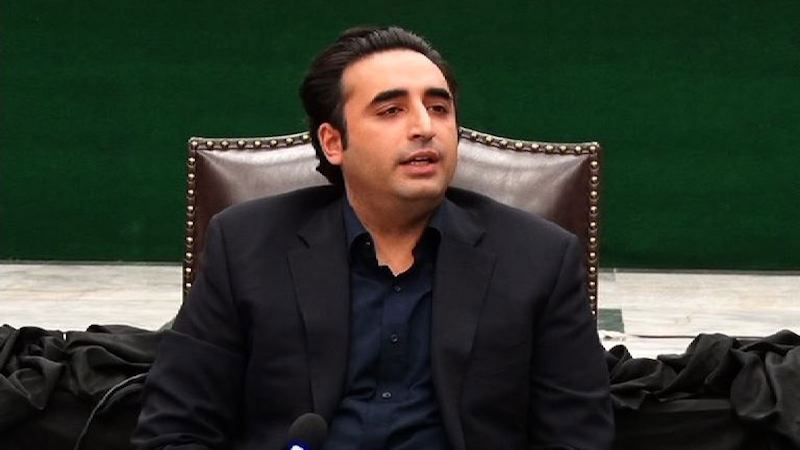 Foreign Minister Bilawal Bhutto-Zardari Monday said the only demand of the country’s democratic parties was the constitution of a full court bench to hear the case related to the Punjab chief minister’s election. “It cannot happen that only three people decide this country’s fate. That only they decide whether this country is run through a democratic system, an elected system or a selected system,” he said while addressing a press conference in Islamabad. Bilawal said that all the parties in the coalition government wanted a democratic system. He said “some powers” were unable to digest that Pakistan was moving towards democracy and the people were making their own decisions. He said that the PTI chief had trampled on the province’s rights during his time in government which had proven to be disastrous for the country and the economy. Bilawal said that as a result of the government’s democratic struggles, the country’s institutions were compelled to change their “controversial, unconstitutional and undemocratic role”.

“And it has been three months and some powers, people, political parties and conspirators are unable to tolerate […] a campaign is being run in the country to keep Imran Khan at the forefront,” says a news report. He alleged that this campaign was a conspiracy against the country’s economic progress and democratic journey. “We did not let any conspiracy succeed in the past and we will not let it happen now. We want institutions to remain uncontroversial.” The foreign minister said that everyone will accept the verdict when all the judges listen to the case.

“If only three judges give a decision, then we will not be able to control the political situation that will develop in this country.” He said that the Constitution could not be altered due to the pressure asserted by the PTI chief. “We all want full court bench. Whatever you decide then will be according to the law and Constitution and we will trust it.”