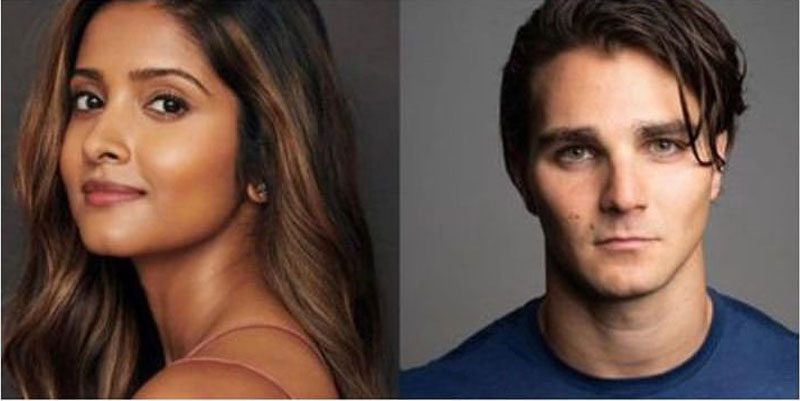 Filmmaker Aditya Chopra is all set to make his debut as a director on Broadway with Dilwale Dulhania Le Jayenge-inspired Come Fall in Love – The DDLJ Musical.

Produced by Yash Raj Films, the musical stars Austin Colby and Shoba Narayan, and casting a British actor in the role made iconic by Shah Rukh Khan hasn’t gone down well with some fans.

Dilwale Dulhaniya Le Jayenge was released in 1995 and launched Shah Rukh into superstardom. It gave Shah Rukh his romantic hero image that he made his own over the next two decades. The film was directed by Aditya Chopra and also starred Kajol, Amrish Puri, Parmeet Sethi, Mandira Bedi and Anupam Kher with Farida Jalal. Shah Rukh’s character Raj is considered one of the most iconic romantic heroes in Indian cinema history.

Austin will essay lead role of Rog Mandel. In the original film, which was released in 1995, Shah Rukh Khan played the lead and his character’s name was Raj. Earlier this month, Austin announced the news on his Instagram handle and wrote, “A few months ago, I had never heard of the film Dilwale Dulhania Le Jayenge (DDLJ) or known of it’s global impact. I am in awe of this beautiful love story, celebrating Bollywood film at its finest. And now, to have workshopped Come Fall in Love – The DDLJ Musical under the original director, Aditya Chopra and trusted with the role of Raj to bring Bollywood to Broadway as a reimagined, inclusive cultural experience will undoubtedly be the greatest honour of my career. I hope I make you proud, @iamsrk.”

While Austin is hoping to make Shah Rukh proud with his take on Raj (apologies, Rog), fans of the actor aren’t too pleased. Author Aseem Chhabra tweeted, “But what’s the sense of watching DDLJ, the stage musical without @iamsrk and @itsKajolD?” Others were more scathing in their assessment. One fan tweeted, “DDLJ musical on Broadway, I hope you get shafted, I hope you stay in development hell, I hope you realize that no white man will ever be SRK.” Another tweet read, “Having a white man playing the role of Raj Malhotra in the DDLJ musical is completely and absolutely unacceptable.”

Meanwhile, Simran–both the character and actor playing her–remains Indian. Shoba will essay the role of Simran which was originally played by Kajol. The actor made her Broadway debut with Natasha, Pierre & The Great Comet of 1812. She has also appeared in Growing Up Smith, Quantico, Halal in the Family; Gossip Girl, Coin Heist and Mistress America. The musical also stars Irvine Iqbal as Baldev, Rupal Pujara as Lajjo and Vishal Vaidya as Ajit.

Interestingly, Aditya Chopra initially conceptualised DDLJ with a white man in the lead. He had revealed in an interview years ago that he initially wanted to make Dilwale Dulhania Le Jayenge with Hollywood star Tom Cruise.

Based on an original story by Aditya Chopra, the musical will feature lyrics by Laurence Olivier Award-winner Nell Benjamin of Legally Blonde and Mean Girls fame. Music director duo Vishal Dadlani and Shekhar Ravjiani will compose the music, while Emmy winner Rob Ashford will choreograph with associate choreographer Shruti Merchant. Shruti is the younger sister of choreographer Vaibhavi Merchant. According to the official website, the musical will have a world premiere at the Old Globe Theatre in San Diego. The musical begins performances from September 1 to October 16, 2022, with the official opening on September 14.