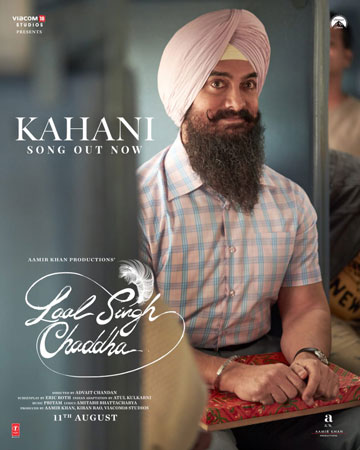 Aamir Khan is a marketing genius, holding the cards close to his chest until the release of his films.

As the countdown for Laal Singh Chaddha has begun, we have exclusively learnt that Aamir has signed a mega deal with the biggest national chain of India, PVR, to obtain optimum showcasing at the property across the country. According to our sources, Laal Singh Chaddha will be getting over 65 percent of the showcasing at PVR, leaving just 35 percent for the competitor, Raksha Bandhan.

“Aamir has partnered with PVR. It’s a barter deal and in the process, he will end up getting a major chunk of showcasing at PVR cinemas in India. The national chain controls nearly 55 percent of the total multiplex business in India and with this move, Aamir will have an upper hand on the showcasing front to start with,” revealed a source to Bollywood Hungama. However, team Raksha Bandhan is unfazed by this move of Mr. Perfectionist. “Raksha Bandhan team is well aware of their target audience. While Laal Singh Chaddha is more of an urban film, Raksha Bandhan caters to the rural belts and hence, Zee Studios is focusing more on getting the showcasing in single screens of India. By the time of release, though the overall showcasing will be in favour of Laal Singh Chaddha, Raksha Bandhan too, will have enough shows as an opportunity to become a hit,” the source added.

It’s going to be a clash of titans, with two AK’s battling it out to emerge a winner. However, the target isn’t the same for both the films. While the Aamir Khan starrer will need to emerge the biggest Bollywood film of the year by surpassing Kartik Aaryan starrer, Bhool Bhulaiyaa 2 to emerge a success, given that the stakes involved are high, the Akshay Kumar film will merely have to touch the 85 crore mark to be termed a success venture. “Given the targets for both the films, it’s obvious for LSC to get at-least 20 percent better showcasing that Raksha Bandhan. It’s a fair division, giving both films enough platform to get the numbers and attain targets,” the source shared. The two films are confirmed to release on August 11. Will the Aamir Khan starrer go past the Kartik Aaryan film?