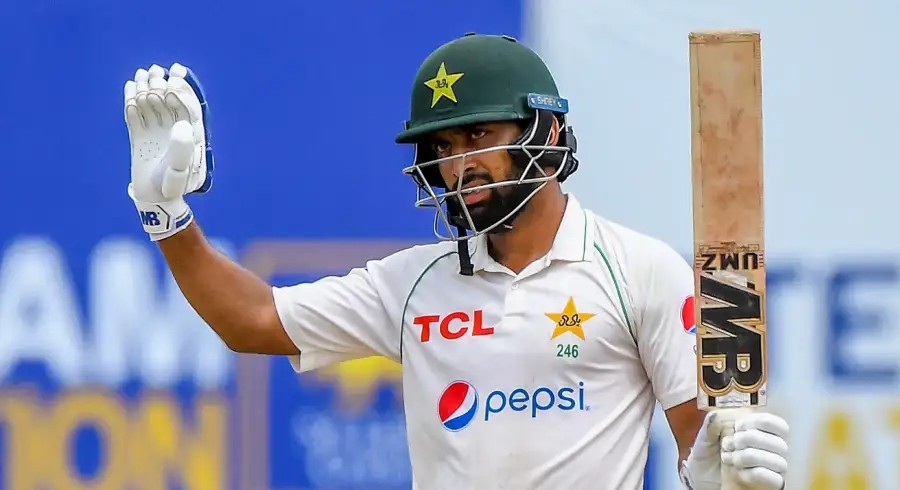 Pakistan lost opening batsman Abdullah Shafique for a duck after the tourists bowled out Sri Lanka for 378 on day two of the second Test on Monday.

Fast bowler Asitha Fernando bowled Shafique, who hit a match-winning 160 in the opener of the two-Test series, on the second ball of Pakistan’s reply after a thick inside edge off the bat rattled on to the stumps at Galle.

Pakistan were 15 for one at lunch with left-handed opener Imam-ul-Haq on four and skipper Babar Azam on seven. They trail by 363 runs.

Dickwella, a left-hand wicketkeeper-batsman, added nine to his overnight 42 before Naseem sent him back.

Naseem struck twice in the opening session with his express pace to return figures of 3-58.

His bouncer to debutant Dunith Wellalage saw the left-hander caught at second slip for 11 after attempting to evade the ball, which took his glove.

Ramesh frustrated the opposition bowlers with four fours and one six before being bowled by Yasir.

Sri Lanka skipper Dimuth Karunaratne did not take the field on Monday as he is being treated for back pain, with deputy Dhananjaya de Silva standing in as captain.