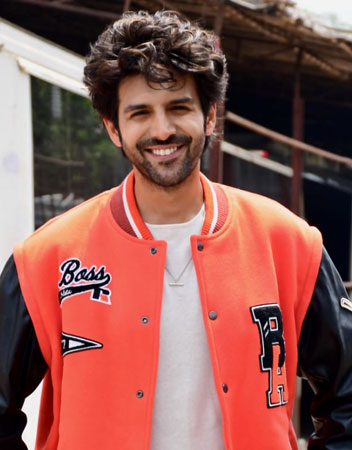 Fans feel Kartik Aaryan took a subtle dig at Koffee With Karan and Sara Ali Khan in his latest remark about his popularity on ‘rapid-fire shows’.

Actor Kartik Aaryan has taken said he is ‘extremely proud’ of his popularity on ‘rapid-fire shows’, a reference many fans believe is for Koffee With Karan. Kartik has found direct or indirect mention on the show’s ongoing 7th season twice already in the first three episodes. Hosted by filmmaker Karan Johar, the show features celeb guests and its ‘rapid fire’ round has been a popular favourite of viewers. (Also Read | Koffee With Karan: Sara Ali Khan says her ex is everyone’s ex) Sara and actor Janhvi Kapoor featured in the second episode of Koffee With Karan season 7 in which she took potshots at her ex, most likely Kartik. When Karan asked Sara Ali Khan why her ex is her ex, she said, “He’s everybody’s ex.” In the same episode, Karan had stated that Kartik and Sara dated each other. In the previous episode, Ranveer Singh had mentioned and mimicked Kartik.

During his interview with Bollywood Hungama, Kartik now asked about the one thing he is extremely proud of. He replied, “That I’m popular among rapid-fire shows.” One fan commented on the video, “The same question should be asked to Karan.” Another fan wrote, “Did he mean the Ranveer thing or the Sara answer on KWK?”

Earlier this month, speaking with India Today, Karan confirmed that Kartik and Sara were in a relationship. “I call this couch the couch of manifestation. I was like telling Kriti (Sanon) the other day, I said just say a name! Because Katrina (Kaif) on this couch said that she thought she would look good with Vicky (Kaushal), then Vicky collapsed and then the next thing we know is that they are married. Sara (Ali Khan) mentioned Kartik (Aaryan) and they started dating. Alia (Bhatt) has mentioned Ranbir (Kapoor) season after season and she is married to him today and is going to have his beautiful baby,” he had said.

Sara was also a guest on Koffee With Karan in 2018, when she had mentioned Kartik as the actor she found attractive. Later, they worked together in Love Aaj Kal. As per reports, they started dating then but split in 2020. The two actors were spotted being cordial with each other at a few events over the past few months. Speaking about his popularity on the latest season of the show, Kartik had said earlier, “I am fine with anything. I am happy that jahaan pe bhi jo bhi baatein chalti rehti hain bas positive tareeke se chalein.