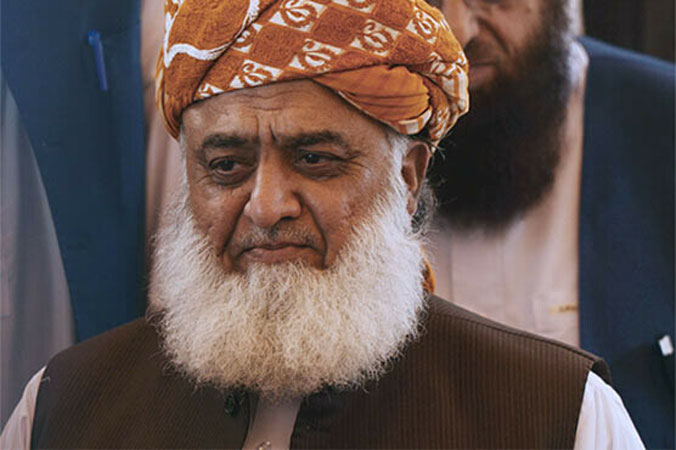 Pakistan Democratic Movement (PDM) Chief Maulana Fazlur Rehman on Sunday called for the formation of a full court bench of the Supreme Court to hear the case pertaining to the ruling of the Punjab deputy speaker and ruled out accepting any other bench on the matter, a private TV channel reported.

“We are not taking away the right of decision from the court but rather seeking a verdict from a bigger forum,” Maulana Fazl – who also heads Jamiat-e-Ulema (JUI) – said while addressing a presser in Islamabad. He announced going to the Supreme Court today with other coalition partners to become part of the petition demanding the same. Maulana Fazl said that a new argument has been picked between the party head and the parliamentary party. He added only the party head is the final decision maker in the democracies across the world, irrespective of whether he is part of the parliament. He said that the election of the Punjab chief minister was an important event and expressed concern about how the matter was taken to the court right away. He added that the court immediately took up the petition, which suggests that it was under some pressure.

Subliminally pointing at the judiciary, the PDM chief said that interference from the institutions was weakening the state. “Let the government rule. We accepted the government in critical times,” he said and accused some individuals in the institutions of covertly being part of a political party. He went on to claim that even at this time, some people are supporting Pakistan Tehreek-e-Insaf (PTI). “Get retired and contest on the ground,” he challenged the individuals he was referring to. Maulana Fazl said that Imran Khan’s politics is based on a fake narrative and that he had no ideology or belief. He asked who was giving protection to Imran Khan in the foreign funding case.