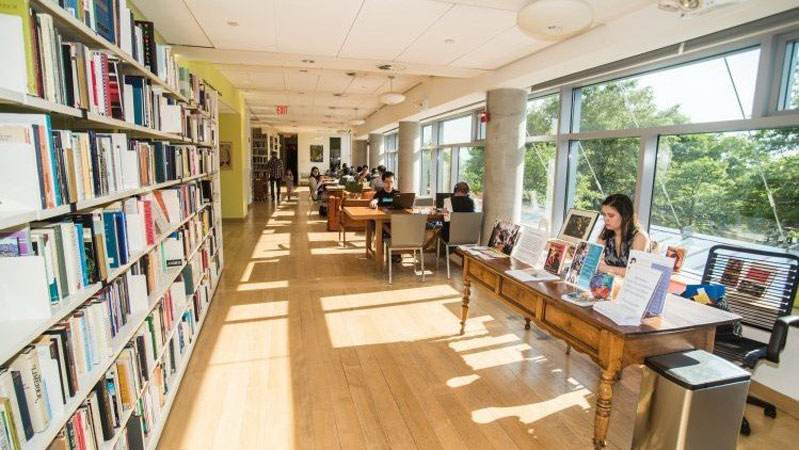 There are books that I review and love and can’t wait to put into the hands of friends who I think will love them, too. Then, there’s a subset of books I love that will never leave this house, because I want them nearby – to dip into, reread and feel comforted by. That sounds sentimental, I know. The Poet’s House, by Jean Thompson, is the newest addition to that subset of books that’s staying put. It’s a closely observed, droll, coming-of-age story about an insecure young woman drawn into a shimmering clique of poets; it’s also a wise story about the corrosive power of shame and the primal fear of sounding stupid, unsophisticated and sentimental.

Thompson’s heroine is a 21-year-old woman named Carla Sawyer. Carla has taken a few courses at her local junior college in Northern California, but, as she says, she has “one of those brains that doesn’t process words on a page very well,” so she’s working for a landscaper. “It wasn’t my dream job,” she tells us, “though I couldn’t have said what was.” Carla’s mother and her live-in boyfriend both think she’s selling herself short. So does Carla, sort of:

From time to time [she says] I was overcome by a sadness or strangeness, a feeling of too much feeling, if that makes sense, of standing just outside of something desirable and urgent and important. And then I had to get a grip …

One day, Carla gets an assignment to tidy up the grounds of a sprawling house that sits on the edge of a canyon. It belongs to a “Mrs. Boone” who’s really a well-known, older poet called “Viridian.” Here’s Carla’s first glimpse of Viridian:

She had long gray-and-silver hair brushed straight back from her forehead and standing out like a lion’s mane. She was barefoot. She wore loose white linen pants and a blue knee-length top with wide, drooping sleeves. I saw older women wearing clothes like these in Marin, equal parts yoga practice and Star Wars costuming. 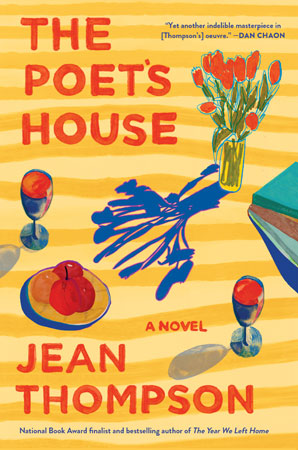 Of course, Viridian is charismatic – even more so because, as Carla notes, “she guarded herself from any easy intimacy.” After she loses her job with the landscaper, Carla begins showing up at Viridian’s house in the late afternoon to tend to the flower beds, gratis, and to sit afterwards with her and the other poets and writers who drop in. “I didn’t talk much, just listened [Carla says], soaking everything up. … I wanted the clothes they wore, the lives they’d lived. I guess you could say I had a poetry crush.” Viridian reads her poems out loud, one-on-one to Carla, who then “gets” poetry for the first time. As she hesitantly ventures more deeply into Viridian’s world – for instance, doing part-time work for a prestigious poetry magazine – Carla drifts apart from her boyfriend and he angrily suggests that she is just some passing “project” for Viridian and her pals. Thompson is such a nuanced writer that she avoids “either/or” categories. Like most people, the larger-than-life Viridian is a lot of things at once: a prima donna, for sure, and a bit of a manipulator, but also a sincere mentor. Writing through Carla’s perspective gives the alert Thompson an opportunity to nail the social class microaggressions and misunderstandings that pop up again and again in conversations with Viridian’s coterie, who literally speak a different language. When, for instance, the editor of that poetry magazine first approaches Carla about working there, he says:

“I wonder if you’d like to be on hand when we put together the next issue of the magazine.” I wasn’t sure what he meant [Carla tells us]. “Be on hand?”

It takes a few more rounds of this elegant stumble-mumbling before Carla understands that this job is unpaid.

The plot of The Poet’s House climaxes at a remote writers conference – always excellent fodder for satire – and concerns a hidden cache of valuable poems that Viridian has inherited from a former famous lover. Viridian refuses to publish them and Carla must outmaneuver the various factions who want to use her to pressure Viridian. As absorbing as that plot is, however, it’s Thompson’s charged depiction of Carla’s unfocused yearning to be more that powers this story and makes it so emotionally resonant. The Poet’s House, as I said, is a keeper.