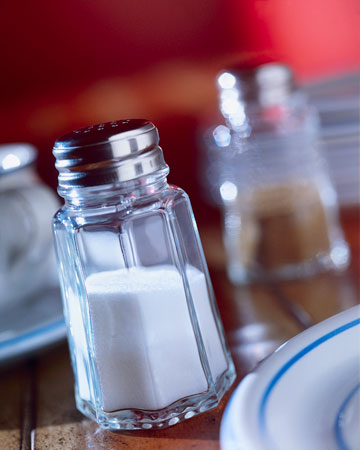 A balanced regimen of exercise and a nutritious diet are essential components of every healthy and effective weight loss journey.

The logic is straightforward: exercise frequently to burn extra fat and consume meals that hasten the process. However, what an individual consumes before and after the workout is also important.

Some meals can improve the quality of the workout if eaten shortly before it. One might have heard that eating foods high in protein, like bananas, almonds and other similar items, before exercising or going for a run, is beneficial. But did you know that a seemingly innocuous snack like salt can also be helpful before working out? Even a tiny bit of salt might give your workout more energy. Below are mentioned reasons that might convince you to have salt before exercise as they might allow you to work out for longer causing weight loss.

One won’t become dehydrated after a vigorous exercise session because salt assists with water retention. By consuming salt one can replace what’s lost through sweat, urine, and other physiological fluids. It maintains the right balance of essential bodily fluids. One would greatly benefit from adding salt to water as they exercise because it is known to increase blood flow throughout the body.

Because of the salt in the body, as mentioned before, the body will exert less, having a higher level of physical endurance for intense exercise. A lot of athletes consume sodium before their performances to increase endurance in body as a lot of it lost through sweat which makes one exhausted and low in energy.

Consuming salt causes an increase in water retention, which aids the body in replenishing electrolytes that have been lost. Fortunately, replacing what we lose is quick and simple by consuming salt. Salt is useful for more than simply sodium replenishment because it also contains the electrolytes magnesium, calcium, and potassium.

Muscle cramps and joint soreness during and after exercise will be less likely due to increased blood flow. A biological reason for this is that the dehydration and subsequent lack of salt cause the muscles’ intercellular gaps to contract, increasing pressure on the nerve terminals, resulting in pain.

When the sodium level in the blood is excessively low, a condition known as hyponatremia can develop. One loses sodium while they exercise, and the more sodium is lost, the more sodium replacement is required to lower the risk of hyponatremia. Adults who routinely exercise tend to have hyponatremia, which if unchecked can become extremely severe. Headaches, weariness, nausea, and confusion are among the warning indications. The good news is that it can be quickly resolved by taking salt before exercising.