Ch Shujaat was under ‘a lot of pressure’: Moonis 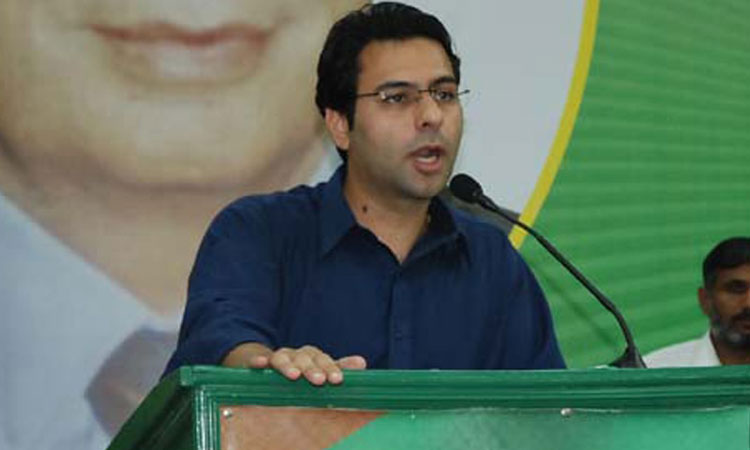 PML-Q leader Moonis Elahi on Saturday said that the letter Shujaat had sent to the deputy speaker instructed the party MPAs not to vote for either of the candidates. “During our conversation, he said that he wanted Parvez Elahi to become the chief minister but not as Imran Khan’s candidate,” he said while talking to the media. “To this, I told him that in this case, Parvez Elahi would lose the elections,” Moonis continued, adding that he had requested Shujaat to reconsider his decision but “there was a lot of pressure on him”.

Earlier, a special court confirmed pre-arrest interim bail of Pakistan Muslim League-Quaid leader and former federal minister Moonis Elahi in a case registered by Federal Investigation Agency (FIA) on charges of money laundering in a sugar scam. Special Court (Offence in banks) Judge Aslam Gondal conducted the proceedings on the bail application of the former minister who also appeared in the court and got his attendance marked. The court confirmed the pre-arrest interim bail of Moonis Elahi, after hearing detailed arguments of the prosecution and defence.

The FIA had registered a case against Moonis Elahi, Punjab Assembly Secretary Muhammad Khan Bhatti, Muhammad Nawaz Bhatti, Muhammad Ali, Mazhar Abbas, Makhdoom Omar Shehryar, Tarik Jawaid and Wajid Khan Bhatti under Sections 109, 420, 468, 471, 34 of PPC read with 5(2) of Prevention of Corruption Act 1947 and 3/4 of the Anti-Money Laundering Act 2010 in connection with the affairs of the RYK/Alliance Sugar Mills Group.