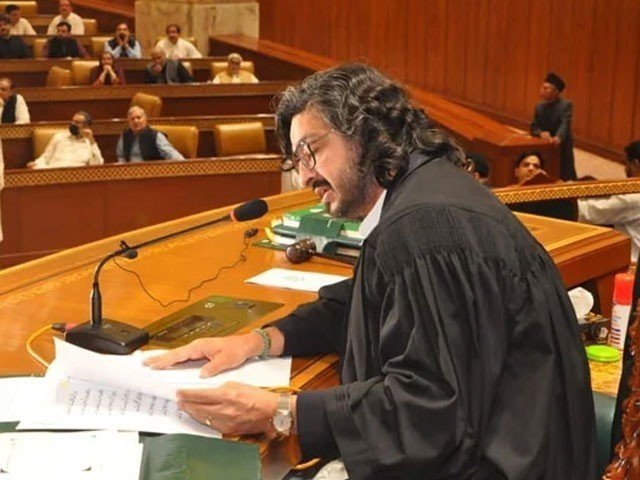 Dost Mazari, the vice speaker of the Punjab Assembly, was called before the Supreme Court on Saturday (today). The deputy speaker was ordered by SC to appear before the court at 2:00 pm with all relevant documentation regarding the chief minister’s election and his decision.

The Supreme Court’s three-judge panel headed by Chief Justice of Pakistan Justice Umar Ata Bandial on Saturday started hearing the PTI and PML-Q petitions challenging the election of the chief minister of Punjab.

The hearing will begin soon, according to PTI and Barrister Ali Zafar, counsel for Pervaiz Elahi, who also hurried to the Supreme Court Lahore Registry.

In his petition, Pervaiz Elahi asked the court to overturn the deputy speaker’s decision regarding the CM election vote count.

He claimed that the deputy speaker failed to count the 10 votes cast by the PML-Q because of his illegal and unconstitutional ruling. He insisted that the decision was also against the Supreme Court’s directive.

According to Pervaiz Elahi, the deputy speaker’s decision was a violation of Article 63-A.

All 186 PTI and PML-Q lawmakers, including their candidate for chief minister Pervaiz Elahi, arrived at the Supreme Court Lahore Registry late on Friday evening to file the petition.

At midnight, other employees from the Lahore Registry as well as Deputy Registrar Ejaz Gorayra rushed to their offices to receive the petition submitted by PML-Q attorney Amir Saeed Rawn.

Also, a number of PTI workers gathered at The Mall and at the Liberty Roundabout in Lahore where they chanted slogans.