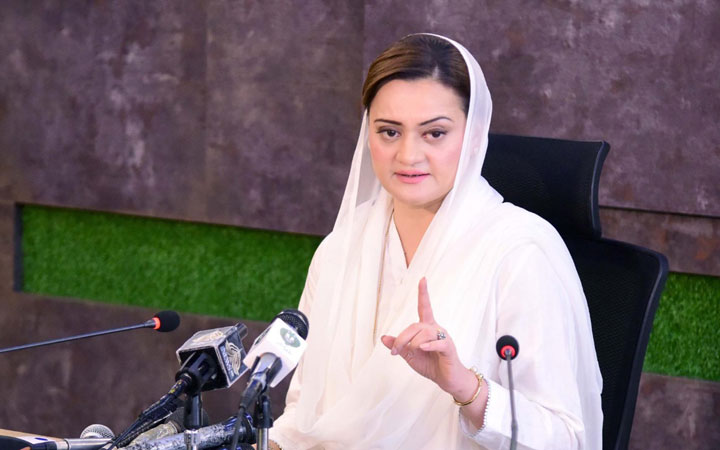 Federal Minsiter for Information and Broadcasting Marriyum Aurangzeb has said that Punjab is political citadel of Pakistan Muslim League-Nawaz (PML-N) and it will remain so.

“Punjab’s mandate belonged to Nawaz Sharif and PML-N has reclaimed it today,” she said while talking to media men outside the Governor’s House here on Friday night.

On Hamza Shehbaz’ election as Chief Minister, she said PML-N’s stance had been vindicated and it was a memorable day for victory of democracy in the country.

She said the Deputy Speaker had passed the ruling to reject 10 votes in the light of Supreme Court of Pakistan verdict, adding, no member could vote against the will of a party head.

Reacting to Imran Khan’s recent statement, the Information Minsiter said a liar and a wicked politician was signing odes to democracy today, adding that he had breached the constitution through Speaker National Assembly (NA) and the apex court had passed the judgement that Imran Khan committed breach of constitution.

Marriyum said Imran Khan’s narrative was defeated and he was ousted from the parliament, asserting that the PML-N would not let the constitution to be interpreted according to the whims of a person. She said the PML-N would oppose such a move.

In a statement in reaction to PTI leader Fawad Chaudhry’s remarks, she said the people of Pakistan have rejected the “politics of thieves, hypocrites and liars”. Taking a jibe at the PTI chairman, she said that Imran Khan’s “electoral framework” was seen in 2018, Khyber Pakhtunkhwa, Azad Kashmir, Gilgit-Baltistan, Senate and Daska bye elections. She asked where was the election framework during past four years when the PTI was in power.

The minister said that Pakistan and its people could not afford corruption and money laundering by Imran, Bushra, and Farhah Gogi mafias and cartels and on April 3, Imran Khan was thrown out of power. She said gone were the days of abuse and intimidation, so Fawad Chaudhry should relax.