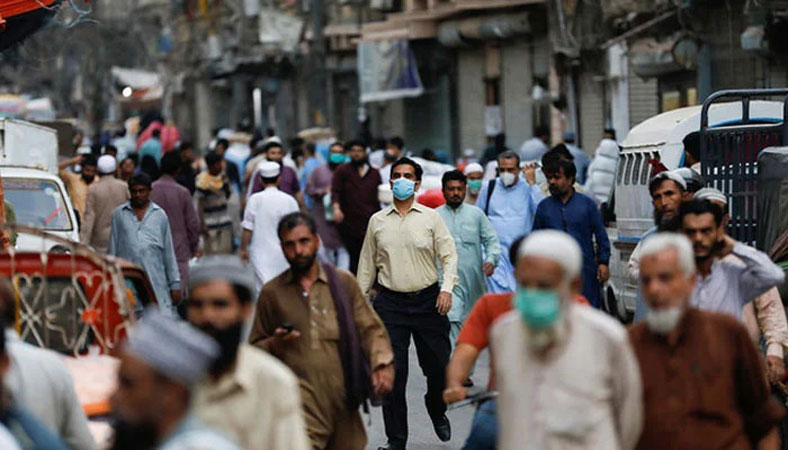 According to the NIH data, during the last 24 hours, 23,035 diagnostic tests were conducted, out of which 679 came back positive. However, as per NIH statistics, the positivity ratio across the country was recorded at 2.95%. Meanwhile, the data showed that the Covid-19 pandemic claimed seven more lives in the country during a single day, which brings up the death toll to 30,462 since the start of the pandemic. With the slight increase in fresh cases, according to the NIH data, 166 patients of COVID-19 are still being treated in intensive-care units (ICU) at different medical facilities across the country. BA5, part of the Omicron family, is the latest coronavirus variant to cause widespread waves of infection globally.

According to the World Health Organisation’s most recent report, it was behind 52% of cases sequenced in late June, up from 37% in one week. In the United States, it is estimated to be causing around 65% of infections.

BA5 is not new. First identified in January, it has been tracked by the WHO since April. It is a sister variant of the Omicron strain that has been dominant worldwide since the end of 2021 and has already caused spikes in case rates – even with reduced testing – in countries including South Africa, where it was first found, as well as the United Kingdom, parts of Europe, and Australia. Coronavirus cases worldwide have now been rising for four weeks in a row, WHO data showed.

Like its closely related sibling, BA4, BA5 is particularly good at evading the immune protection afforded either by vaccination or prior infection. For this reason, “BA5 has a growth advantage over the other sublineages of Omicron that are circulating,” Maria Van Kerkhove, the WHO’s technical lead on COVID-19, told a news briefing on Tuesday. For many people, this means that they are getting re-infected, often even a short time after having COVID-19. Van Kerkhove said the WHO is assessing reports of re-infections. “We have ample evidence that people who’ve been infected with Omicron are getting infected with BA5. No question about it,” said Gregory Poland, a virologist and vaccine researcher with the Mayo Clinic in Rochester, Minnesota.