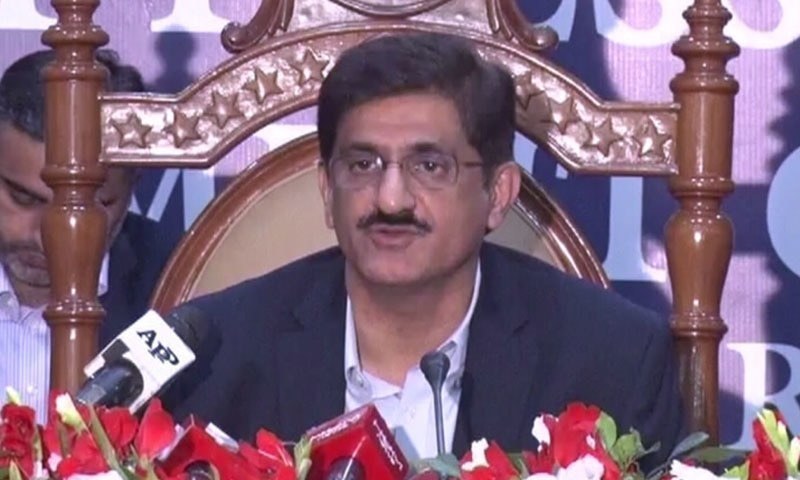 KARACHI: Sindh Chief Minister Syed Murad Ali Shah has said that his government was opposing the postponement of local bodies elections phase 2 scheduled to be held on July 24, as the provincial government had assured the Election Commission its full support and assistance.

He said this while talking to the media on Friday, just after performing the concluding ceremony of annual Urs of Abdullah Shah Ghazi.

He was accompanied by his Advisor on Religious Affairs Fayaz Butt, Special Assistant on Auqaf Payar Ali Shah and MPA Naeem Kharal.

Replying to a question, Syed Murad Ali Shah said that his government was keen to conduct local bodies elections’ second phase in Karachi and Hyderabad divisions.

“We had told the election Commission that the provincial government would work with them even if heavy downpour was received in some parts of Dadu districts,” he said and added the court had also dismissed the application filed for postponement but even then, the [local bodies] elections were postponed.

Refuting the impression that some political parties were staging protests against the Sindh government for postponement of elections, the CM said they were protesting against those who had decided to postpone them.

Replying to a question, Syed Murad Ali Shah said that the party which has majority in the Punjab assembly would be able to form the government.

“This is a baseless allegation and propaganda that we have sent money to Punjab for horse trading,” he said and added this was a similar allegation levelled in 2018 that Rs 2 billion being laundered through launch were seized and then another allegation came up that millions of rupees were recovered from the basement of a bungalow.

The CM Sindh pointed out a leaked telephone call of a former federal minister in which he was heard asking a person to give money to a PML-N MPA. “he admitted what he had said even then the baseless allegations are levelled against PPP leadership,” he deplored and added that the Sindh House was being defamed for nothing.

Syed Murad Ali Shah said that the present federal government has taken difficult and unpopular decisions just to save the country from bankruptcy. “We are committed to this country and its people, otherwise we would have left the country in the lurch,” he said.

To a question about illegal immigrants of Afghanistan living in the city creating law & order, the chief minister said that the miscreants and troublemakers were deliberately talking about Afghanis just to flame the fire on linguistic issues.

“It is a fact that various Afghans are living in Sindh but all of them are not illegal and most of them have work permits,” he said and added those who were living here illegally were being sent back.

Syed Murad Ali Shah said that the people responsible for creating linguistic problems at Sohrab Goth and in Hyderabad would face the music soon. “We are conducting an inquiry and would identify them,” he said.

Earlier, the chief minister laid a floral wreath on the mazar of Abdullah Shah Ghazi and offered dua to conclude his annual urs.