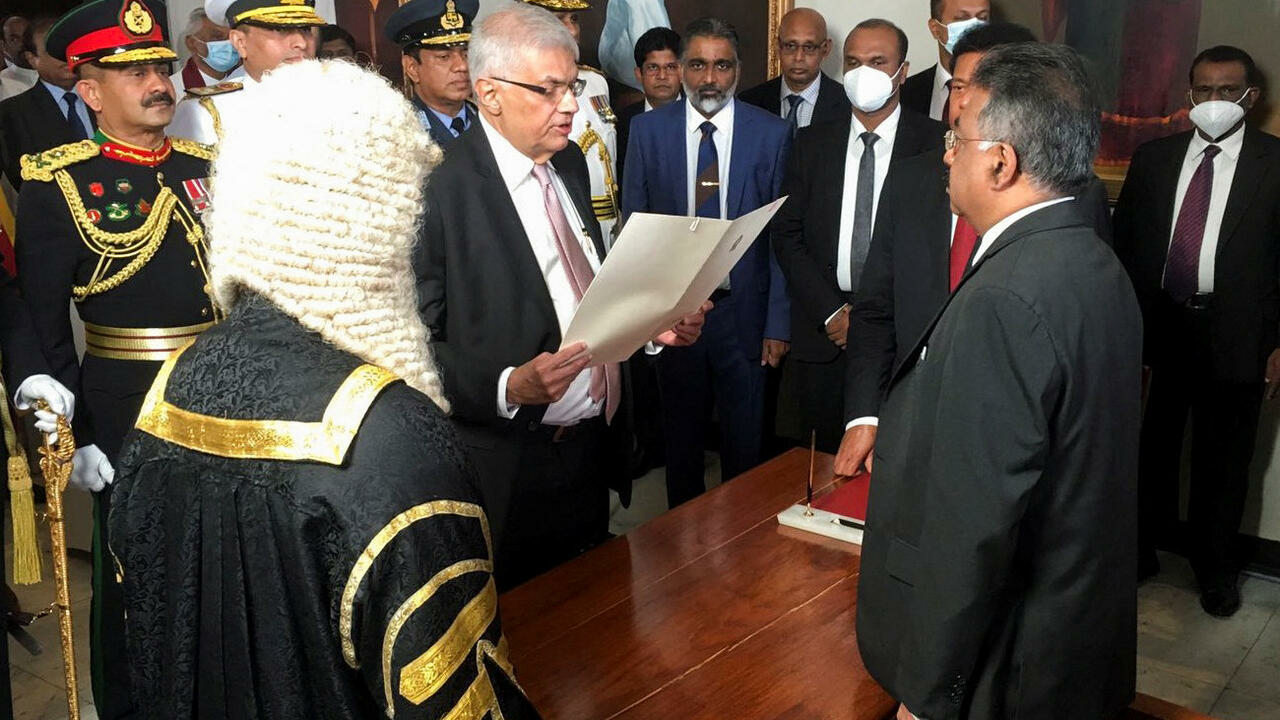 Sri Lanka’s six-time prime minister Ranil Wickremesinghe was sworn in Thursday as president of the crisis-hit South Asian nation, as officials said he was looking to form a unity government to manage the turmoil.

The 73-year-old veteran politician, who was overwhelmingly elected as Sri Lanka’s head of state in a parliamentary vote Wednesday, took his oath of office before Chief Justice Jayantha Jayasuriya, his office said.

Live coverage of the swearing-in at the tightly-guarded parliament complex was cut off just as Wickremesinghe and his wife Maithree walked into the building after reviewing a military parade.

Sri Lanka’s police chief and top military brass stood behind the new president as the oath was administered.

Official sources said he was expected to shortly form a cabinet not exceeding 30 ministers to steer the country out of its worst economic crisis since gaining independence from Britain.

Wickremesinghe, a six-time prime minister, became acting president last week after then-incumbent Gotabaya Rajapaksa fled to Singapore when protesters seized his official residence and office, roaming the corridors, using his gym and swimming in his pool.

Protesters also burned down Wickremesinghe’s private home and stormed his office, but failed to oust him. Wickremesinghe said this week that by the time he joined the current government as prime minister in May, the economy had already collapsed.

The protest movement that pushed out Rajapaksa – the first sitting Sri Lankan president to quit office – remained largely muted, despite Wickremesinghe’s unpopularity among some sections of the population.

Only a handful of people were present outside the presidential secretariat on Thursday, a colonial-era building that was stormed by a sea of protesters earlier this month along with the president and prime minister’s official residences.

But some have vowed to fight on against Wickremesinghe.

“We won’t give up because what the country needs is a total system change,” said Pratibha Fernando, a protester at the secretariat. “We want to get rid of these corrupted politicians, so that’s what we are doing.”

Hours after winning the parliamentary vote on Wednesday, Wickremesinghe appeared to distance himself from the powerful Rajapaksa family that has dominated politics in Sri Lanka for decades.

Wickremesinghe, who earlier served as prime minister and finance minister under Rajapaksa, has been involved in negotiations with the International Monetary Fund (IMF) for a bailout package worth up to $3 billion.