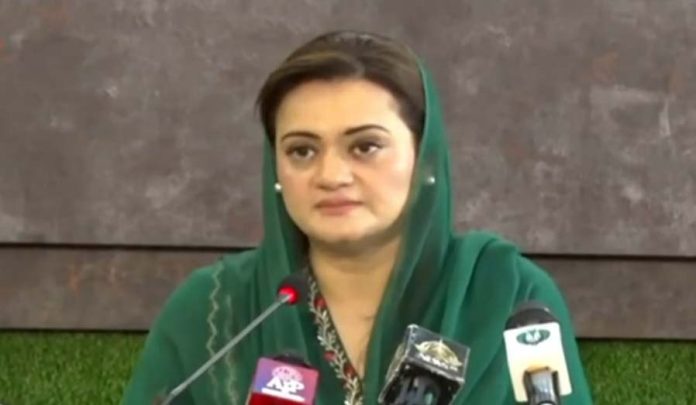 ISLAMABAD: Imran Khan wanted to spread political unrest and chaos in the nation to cause economic instability, Minister of Information and Broadcasting Marriyum Aurangzeb said in a statement.

She said in response to remarks made by PTI leader Fawad Chaudhry that Pakistanis have rejected the “politics of thieves, hypocrites, and liars.”

Taking a jibe at the PTI chairman, she said that Imran Khan’s “electoral framework” was seen in 2018, Khyber Pakhtunkhwa, Azad Kashmir, Gilgit-Baltistan, Senate and Daska by-elections.

She asked where was the election framework during the past four years when the PTI was in power.

The minister claimed that Imran, Bushra, and Farhah Gogi’s mafias and cartels were corrupting the country and its people, and as a result, Imran Khan was removed from office on April 3.

She claimed that the time of abuse and intimidation was over, so Fawad Chaudhry could take it easy.