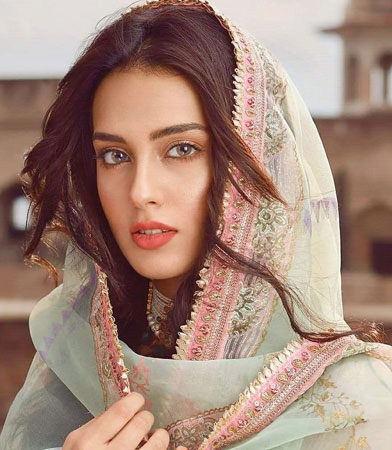 Actor Iqra Aziz shared a video of her skydiving in Dubai and it is going viral on social media platforms.

Iqra Aziz wrote it is “This is definitely the bravest thing I’ve done yet” in the caption on Instagram. The viral video has millions of likes from the social media application’s users.

The Qurban star is one of the most followed celebrities on social media platforms. She takes to the visual-sharing outlet to share pictures of herself, family moments and professional life.

She has proved her mettle in the entertainment industry with her impressive performances. She can play the role of protagonist and antagonist without breaking a sweat.

Her projects are Socha Na Tha, Ghairat, Qurban, Jhooti and others.

She exchanged rings with fellow celebrity Yasir Hussain in June 2019 after the latter proposed to her during an event. They got married the same year in a ceremony that happened in front of family members, friends and celebrity friends. The celebrity couple welcomed their first child baby boy Kabir Hussain in 2021.