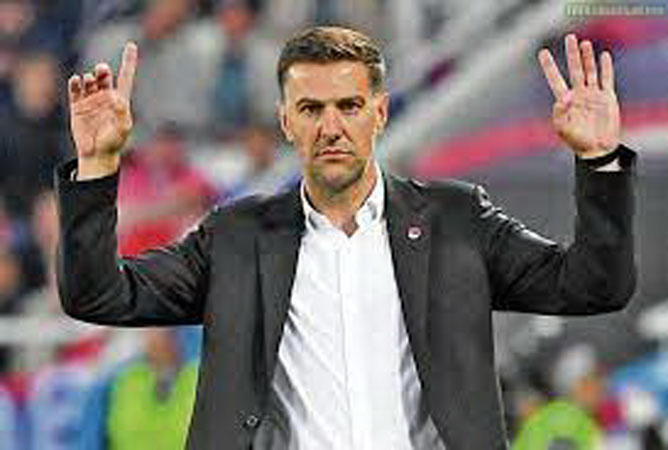 SOFIA: Bulgaria have appointed Serbian MladenKrstajic as their new coach, the national BFU football union announced Thursday.The 48-year-old succeeds YasenPetrov, who quit after a bitter 5-2 loss against Georgia in the Nations League in June.”I am especially happy to announce that the new national team coach is MladenKrstajic,” BFU chairman BorislavMihaylov told a press conference.The former centre-back is only the second overseas manager of the national team after LotharMatthaus in 2010-11.Krstajic, who has signed a two-year contract, previously coached Serbia between 2017-2019, Serbia’s TSC and Israel’s Maccabi Tel Aviv. He takes over with Bulgaria struggling on three points after four National League games. That has left them seven behind League C group 4 leaders Georgia. They host Gibraltar on September 23 and face North Macedonia away on September 26.Krstajic said that while he has “no magic wand” there were two more games in which to “achieve better results and stay in the group”.”We will work and make everything possible to make the team stronger,” he added.