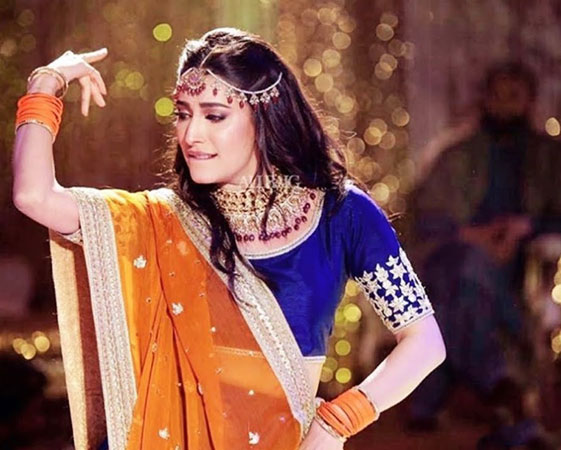 Pakistan’s beloved actors Humayun Saeed and Mehwish Hayat have a knack for charming fans with not only compelling performances and sizzling chemistry, but also their killer dance moves and off-screen bond. Now, the Dillagi actors are storming the internet as they were groove on their movie London Nahi Jaunga’s popular songs at the US Premiere. The fiery dance video is storming social media where the lead pair of LNJ aka Hayat and Saeed’s killer dance brings unparalleled energy to the premiere. However, the netizens were displeased and thought this was too over the top and the stars could have been a bit sober and graceful for the promotions. Directed by Nadeem Baig, the film London Nahi Jaunga stars Humayun Saeed, Mehwish Hayat, Gohar Rasheed, Kubra Khan, Vasay Chaudhry, Saba Faisal, Asif Raza Mir, Saba Hameed and Salman Shahid. Written by Khalilur Rehman Qamar, the film was released this Eidul Azha alongside Mahira Khan-Fahad Mustafa starrer Quaid e Azam Zindabad.