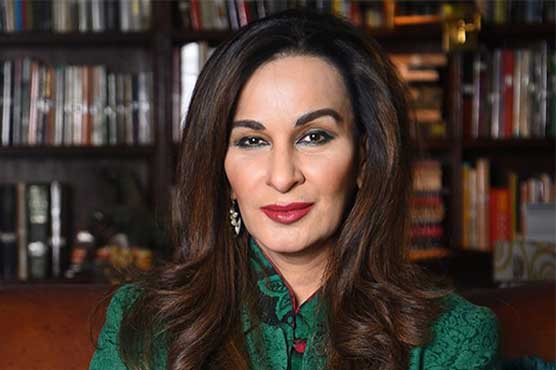 Responding to the allegations levelled the Pakistan Tehreek-e-Insaf chairman against the PPP leader, Sherry said in a statement said blaming Asif Zardari for vote buying was like that of hoax accusations hurled by IMran Khan against ‘Mr X’ and ‘Mr Y’.

“Imran Khan considers Asif Ali Zardari behind his every failure and accuses him of defection of his party members and MPAs,” she added.

The minister alleged that Imran Khan in fact showed his distrust in his assembly members as evident from his allegations of ‘buying and selling their allegiance’ by Asif Ali Zardari.

“A few days ago, he criticized the Supreme Court and now he wants it to get his (party members) number completed in the assembly.”

First the PTI leaders pressurized the Election Commission by accusing it of rigging, and was now pleading the same to stop the horsetrading of their party members, Sherry Rehman said. She claimed,”The PTI leaders are asking the apex court and the ECP to interfere in their internal political affairs.” Instead of blame game, she advised, the PTI should fix its internal political affairs.