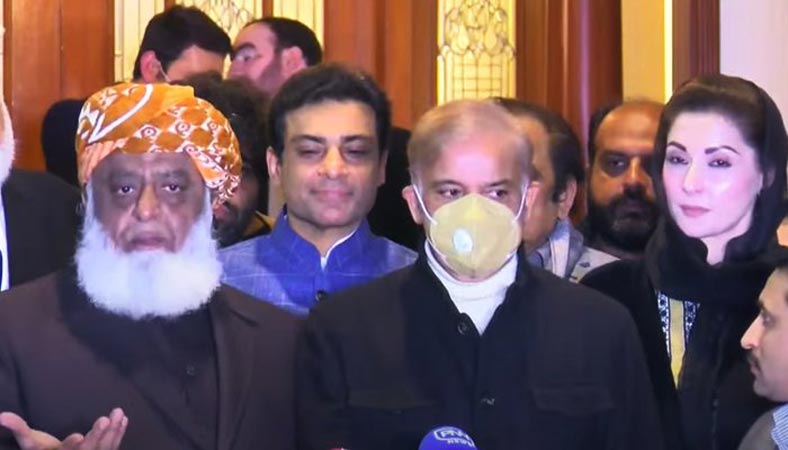 ISLAMABAD: Minister for Power Khurram Dastgir Khan here on Thursday once again made it clear that the incumbent coalition government was determined to hold the next general elections in October 2023 after completing its remaining democratic and constitutional term.

Addressing a news conference along with Minister of State for Petroleum Musadik Malik, he said the coalition partners in a recent meeting, chaired by Prime Minister Shehbaz Sharif at his residence in Lahore, had expressed a firm resolve and unanimity that the government would complete its democratic term.

“The general elections will be held in October 2023,” he said adding ups and downs were part of democracy.

He was of the view that the by-polls held in 20 constituencies of the Punjab Assembly constituted almost 5 per cent of the total seats that could not decide the fate of political parties.

In the general election 2018, he said, the Pakistan Muslim League-Nawaz (PML-N) had secured 166 seats in the Punjab Assembly while its arch-rival the Pakistan Tehreek-e-Insaf (PTI) 155 seats.

He said the so-called democratic party of the PTI had used unfair means to convert the minority into the majority in the Punjab assembly by committing horse-trading and hurling threats to lawmakers to form the provincial government.

Unlike the practice of Imran Khan’s government, Khurram Dastgir said no presiding officer was abducted and no attempt was made to change the result of the by-elections on July 17.

“No women were harassed, and no attempt was made to slow down the polling process, as the PML-N government ensured free, fair and transparent elections,” he added.

The minister said the PML-N secured five more seats and enhanced its vote bank in the 20 constituencies on July 17.

He said whenever “Imrani Fitna” emerged, the economic position of the country witnessed destruction.

“It is the agenda of the Imrani Fitna to sink the economy of the country,” he added.

He said all the coalition partners having representatives from the four provinces were unanimous that the government affairs would be run in line with the constitution and democratic norms.

“Our rival is fascist, who is involved to weak the state and constitution,” he added.

He said it was surprising that the political party despite winning the by-election on July 17, alleged the Election Commission of Pakistan (ECP) of rigging.

He said that PIT was declaring Chief Election Commissioner (CEC) a traitor and threatening him, and “this is called fascism.”

“The agenda of PTI chairman is to put the national institutions on fire, while the coalition government has taken over the power to extinguish the flames and protect these institutions,” he added.

He was of the view that all the narratives of the PTI chief had sunk on July 17. ”

Imran’s narratives of regime change, X-Y, a conspiracy of rigging by ECP and role of neutral have buried with the result of the by-polls,” he added.

Under the leadership of Prime Minister Shehbaz Sharif, he said, work had been started to strengthen the economy and provide relief to the masses.

He said foreign exchange inflow-outflow was stable and the country had the record highest stocks of petroleum products.

Balance of payment would be improved in the coming days, he hoped.

The minister said out of total Rs 2467 billion circular debts recorded on March 31 2022,  the government had paid Rs 214 billion during the last three months.

While commenting on the energy position in the country, Khurram Dastgir said that an uninterrupted power supply was being ensured to the industrial sector so that there was no impact on the livelihoods of the people.

He said a comprehensive solar policy was being announced next month with the aim to enable the people to shift to solar energy and reduce dependence on imported fuel.