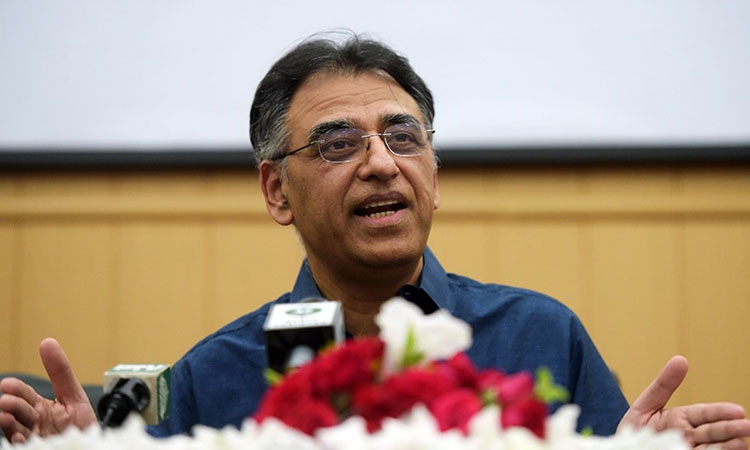 PTI Secretary General and former minister Asad Umar Wednesday announced that an ‘Anti-Victimization and Accountability Committee” had been constituted in Punjab to get all the cases, filed in connection with the Azadi March on May 25, withdrawn through a legal process. The development comes after the party had a sweeping victory in the July 17 Punjab by-elections after winning 15 out of 20 seats. Asad twittered that the committee “will collect the details of all the fake cases registered against PTI members in Punjab and take legal steps to have them withdrawn.” The committee would be headed by former education minister Shafqat Mahmood and comprise PTI leaders Aamer Mehmood Kiani, Yasmin Rashid, Aon Abbas Buppi, and Raja Basharat. It will also work to identify the officials responsible for “illegal/criminal actions against PTI members in Punjab and initiate legal proceedings against them.” “No one should think that we have forgotten May 25 [because] we haven’t nor will let [anyone] forget. A committee is being formed which will get all the fake cases withdrawn legally and take action as per the law against the officials who followed illegal orders to torture people and took illegal action,” he wrote. The seven-member panel has been formed in line with the decision of PTI’s core committee, with former education minister Shafqat Mahmood as convener and Aamer Mehmood Kiani, Yasmin Rashid, Aon Abbas Buppi, Raja Basharat, Burhan Moazzam Malik and Hafiz Farhat Abbas as the committee members.

On May 25, PTI chief Imran Khan led a convoy to Islamabad to achieve “haqeeqi azadi” but the government invoked Section 144 to bar the marchers from entering Islamabad and hold gatherings. The roads and major thoroughfares leading to the federal capital were barricaded with containers and other obstacles. The night before the D-day, police raided the houses of PTI leaders. Undeterred by the government’s measures, the PTI marchers continued to advance the next day and amid shelling by the police, former energy minister Hammad Azhar was injured and was provided with basic medical treatment at a rural health clinic.

Earlier, the police even tried to arrest Azhar but the party workers managed to save him. The same day, the police attacked former health minister Yasmin Rashid’s car, breaking her windscreen in an attempt to stop her from moving forward. According to footage circulated on social media, the police used batons to stop her; however, the car continued to move ahead despite losing balance. Later, multiple PTI leaders including, Imran Khan, Vice Chairman Shah Mehmood Qureshi, Umar, Imran Ismail and others were booked for “rioting” during the long march.