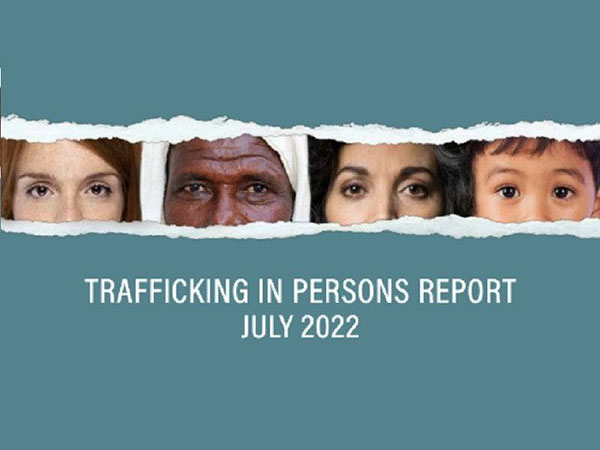 The US State Department in its 2022 Trafficking in Persons (TIP) report declared that Pakistan remains on Tier 2, however, has been upgraded in status by being taken off the ‘watchlist’.

US Secretary of State Antony Blinken launched the report at a ceremony at the State Department.

TIP calls for action against domestic trafficking in human beings. The countries categorised under Tier 2 are those governments that do not fully meet the Trafficking Victims Protection Act (TVPA) minimum standards for the elimination of trafficking but are making significant efforts to bring themselves into compliance with these standards.

Pakistan remains in Tier 2 on the country trafficking scale but has been removed from the “watchlist”, which means in case of a lack of further progress, the country would be downgraded to Tier 3, and sanctions would follow. “The [Pakistan] government demonstrated overall increasing efforts compared with the previous reporting period, considering the impact of the COVID-19 pandemic, if any, on its anti-trafficking capacity; therefore, Pakistan was upgraded to Tier 2,” the report said.

“The government referred more victims for protection services. The government’s provincial departments increased implementation of standard operating procedures (SOPs) on victim identification and referral and trained more stakeholders,” it said. “The government allocated resources for the implementation of the National Action Plan (NAP) and amended the PTPA to remove provisions that allowed fines in lieu of imprisonment for sex trafficking crimes with women and children as victims.”

This is a step forward from last year when the report on the performance of 188 countries stated that “the government of Pakistan does not fully meet the minimum standards for the elimination of trafficking but is making significant efforts to do so.”

In addition, Pakistan has also been removed from the Child Soldiers Prevention Act (CSPA) list which identifies governments having government-supported armed groups that recruit or use child soldiers, a designation that could result in restrictions on certain security assistance and commercial licensing of military equipment.