* The novel thematically traces the history and progress of a young man Tor Baz, loosely translated as Wandering Falcon, along with the socio-political condition of the area 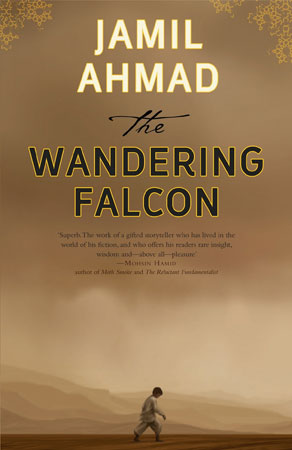 Colonial and decolonial processes caused several changes in the physical and geographical boundaries. The borders that were physically non-extent were created and many were dissolved during the whole process. It had its repercussions on the lives of the affected people. It was instrumental in creating socio-political and cultural barriers for some; for others, it created a cultural and political divide. The best instance is that of the Partition of the Indo-Pak subcontinent. But many have not realised the extent of the damage to many other parts of this area because of the colonisation and then decolonisation process. One such example is the people called ‘Powindas’ by Jamil Ahmed in his novel ‘Wandering Falcon.’

The novel thematically traces the history and progress of one young man, ‘Tor Baz,’ loosely translated as ‘Wandering Falcon,’ along with the socio-political condition of the area between the borders of Afghanistan and Pakistan. Before the colonisation of this area by the British, the people living in the snowy mountains could migrate during the winter seasons to the relatively warmer regions of Afghanistan and Pakistan and returned to their habitations in the hills after the winter season was over. Many such people belonged to no particular country and yet belonged to the whole area. They migrated with their animals, women, and livestock on foot every season and were called ‘Powindas,’ probably with a right to carry on these seasonal migrations.

‘Tor Baz’ was born to a run-away and killed couple by their tribal people as an act of revenge when he was just a child of a few years. Tor Baz changed many hands till he lived in Pakistan and worked for the commissioner’s office not only to provide information about the terrorist and troublemakers but also to help assist the government wherever and whenever he could and received a meagre amount of money in return. He also worked as a guide for the people who wanted to go about the tribal areas. Gradually he grew up into a handsome and sturdy young man who could freely move about in tribal areas and among the people living there. He had earned a name as an honest and responsible dealer and guide. Therefore, he could travel all around and trade multiple items of trade and earned money till the time he was able to seek the hand of a beautiful woman, Shahzina, by making the payments for his marriage to that woman. As soon as he could do so, the first thought in his mind was that he should stop his wandering and settle down as a family man, and with this note, the novel and its story close down.

Jamil Ahmed has lent ample attention to the details and discusses life minutely in tribal areas with the help of descriptions of the dresses, foods, houses, animals, customs, traditions, religion, lifestyle, migrations, movements, festivals, fights, rivalries, weather and seasonal, and socio-political conditions of the area. Not only this, he further dwelled upon the revenge and avenged attitudes of the tribal people along with their psychological and social thinking and behaviours. All these details make the readers feel like they are living among the people of the tribal land. Jamil Ahmed takes great care in describing the naturally beautiful and fantastic scenery of the area, including the water fountains, rivers, streams, and rivulets. He talks about the home and hearth of the people and the way they cooked and ate food. He refers to the old traditional methods of the tribal people. He also details the problems these tribal people face because of the scarcity of water and food resources and the frequent feuds among the common people.

The story gives the impression that the condition of the women is not good because of poverty and, by and large, the traditional setup. The writer has provided detailed portrayals of young and older women. However, many women are dexterous and skilful and have the power to survive on their own but are guided and controlled by their men in almost every socio-political setup. They are found to have no say in love and marriage. They are not consulted or given any weightage in any other decisions about their life. Mostly men are in the driving seat even for day-to-day affairs. Overall, the narrative is well documented to reflect the pre-colonial, colonial, and postcolonial changes to the life and culture of the tribal people living around the borders of Afghanistan and Pakistan, and other regional countries. The narrative helps the readers understand the poverty and miserable condition of the ordinary people abiding in these areas and invites the reader to think about the betterment and improvement of life there.