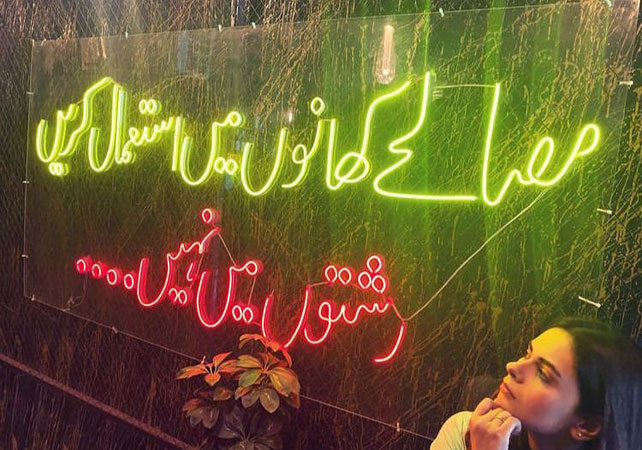 The viral picture sees her standing next to a board reading “Masale khaano main istemaal karen. Rishton main naheen (Use spice in your food. Not in relationships)”

The picture got thousands of likes from Instagram users. Netizens agreed with what was written on the board.

“I wish everyone would do what is written here. The world will be a paradise”

The celebrity, a graduate in film-making, has close to 500,000 Instagram followers. She shares pictures of herself, her family moments and her professional life.

Earlier, the actor claimed several celebrities buy their social media followers which cost them up to two rupees per follower. She went on to say she does not use foul language even if she is criticized. She said the criticism makes her realize her mistakes. The celebrity claimed that a social media user said that the trolling is done on purpose for getting attention.