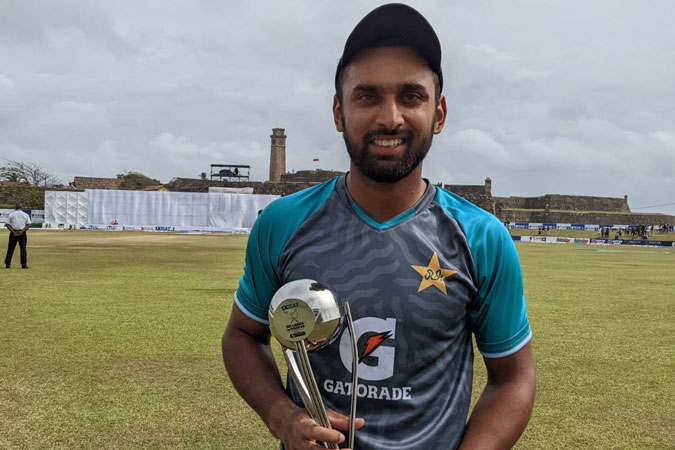 A video of cricketer Abdullah Shafiq singing Aye Khuda song is going viral on social media. The viral video of the opening batter was uploaded on Twitter. It made rounds after he scored an unbeaten match-winning century to help Pakistan beat Sri Lanka in the first Test in Galle. A clip of him singing Tera Mera Rishta Purana was also posted on the microblogging platform.

He remained unbeaten at 160 with seven fours and a six to his name. His knock helped the visitor to chase the 342-run target with four wickets in hand.

The batter was named player of the match for his performance.

Pakistan Cricket Board shared a video of the team’s celebration of their win with a cake-cutting ceremony.

The visitors are 1-0 ahead in the two-match Test series. The second game will be contested at the same venue from July 24 to July 28. Abdullah Shafique played nine international games for the Green Caps across two formats and has 761 runs to his name.

He averages 80 in the five-day games. His average in the 20-over format in 20.50. Moreover, he has two centuries and four half-centuries to his name as well.