When Naseeruddin Shah was stabbed by his friend, Om Puri saved his life

* Shah shared that while he was shooting for his 1977 film 'Bhoomika,' he and Om were getting dinner at a restaurant when another actor friend Jaspal entered 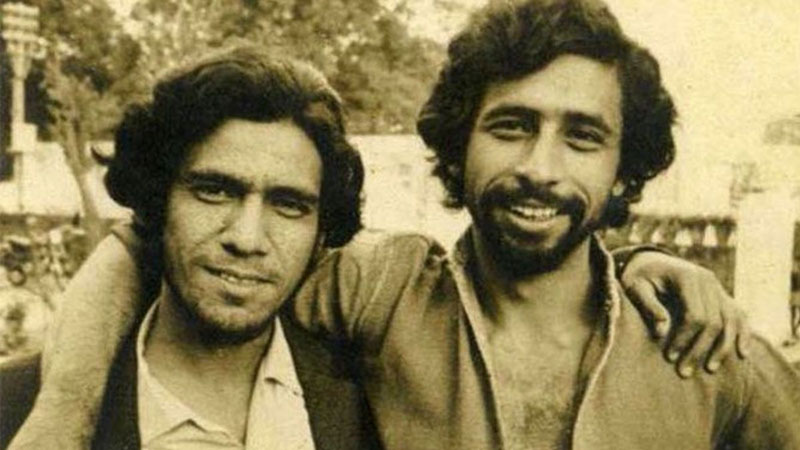 Naseeruddin Shah has seen various ups and downs through his more than four-decade career at the movies and the actor has spoken at length about various chapters of his career in his memoir, And Then One Day.

In the book, Shah detailed a chapter of his life that will surely leave his fans shocked. The Masoom actor shared that he was once stabbed by an actor named Jaspal at a restaurant, and it was Om Puri that saved his life.

Shah shared that while he shooting for his 1977 film Bhoomika, he and Om were getting dinner at a restaurant when another actor friend Jaspal entered the restaurant. Shah reveals earlier in the book that he and Jaspal had had some differences and were keeping apart from each other. “We ignored each other but, eyes fixed on me, he passed to sit on another table behind me, so I thought,” he wrote.

He continued, “After a while, I was reminded of his presence by what felt like a short sharp punch in the middle of my back. I started to rise, wearily preparing myself for another free-for-all. Before I could move, Om with a strangled cry lunged at something behind me. I turned to see Jaspal holding a small knife, its point dripping blood, his hand raised to strike again, and Om and two others grappling to subdue him.”

The restaurant called the police and Naseer was in immediate need of medical attention. “Om returned to inform me that Jaspal had been taken to the kitchen and was being given the treatment. He wanted to take me to a doctor but was thwarted by the restaurant staff refusing to let us move till the police arrived,” he wrote. When the ambulance came, Om Puri climbed in and pleaded with the cops to be gentle with him. “Om made the cardinal error of climbing in as well without permission and managed to rile the boss-man, thereby asking the cops to be gentle with me. He was ordered to get off and after considerable pleading with the goon in charge was allowed to stay. Neither of us had an idea where we were headed but I prayed it was not the police station,” he wrote.

The actor wrote that he was taken to Cooper Hospital in Juhu and he was immense pain at that point. “The bleeding had not seized, the pain was getting intense and these cops obviously had not quite understood the situation. After a few cursory questions to us, and some garbled transmissions over the radio in Marathi, we arrived at Cooper Hospital in Juhu,” he wrote.

Director Shyam Benegal was immediately informed of the incident as Naseer was still shooting for his film and was to report on set the next day. After a few hours at Cooper Hospital, he was taken to Jaslok Hospital. Naseer shared that Jaspal was taken in by the cops but was released on bail, which was arranged by filmmaker Saeed Akhtar Mirza. “While recuperating I learnt that Jaspal, after spending two nights in custody, had been bailed out by Saeed Mirza in whose film Arvind Desai he had replaced me when I was unable to find the time for it. Saeed had always been hugely biased towards Jaspal since our FTII days and was now sheltering him in his own home; I hoped he knew what he was doing,” he wrote.

The matter did not end there as soon after this incident, Jaspal visited Naseer when he was home alone. “Opening the door to find Jaspal standing there with a smile that didn’t reach his eyes I froze, too scared to do or say anything. He entered, stretched out his hand to shake, helped himself to a cigarette and made himself comfortable as I stood there gaping. He didn’t enquire after my well-being, nor did he make an apologetic sound. Instead, with a slightly hysterical chuckle he explained that what had happened was ‘nothing personal’, ‘it’s a class war, Saeed has explained it all to me’,” he wrote.

Naseer was scared that Jaspal might attack him again and was certain that in his condition, he would not be able to defend himself. “An extremely tense five or ten minutes followed, during which I kept standing at the ready in case he went for me again, though I would have been far from able to defend myself. Eventually, when I asked him to leave, he seemed genuinely astonished but didn’t protest and got up mumbling something about ‘no need to still be angry yaar, I haven’t been well’, before I shut the door in his face and continued to hear him calling out from the window for a while before he left,” he wrote.

The two met again at the petty-crimes court but Naseer did not press charges. “I did not press charges and the judge declared the matter closed as Jaspal stood grinning in the dock,” he wrote. Naseeruddin Shah and Jaspal were batchmates at FTII. Jaspal did not appear in any films after this incident.