Linda celebrates her return to modelling after facial deformation

* The model also wore a pair of matching pink gloves and appeared to look away from the camera, her lips slightly parted and just a hint of smile on her face 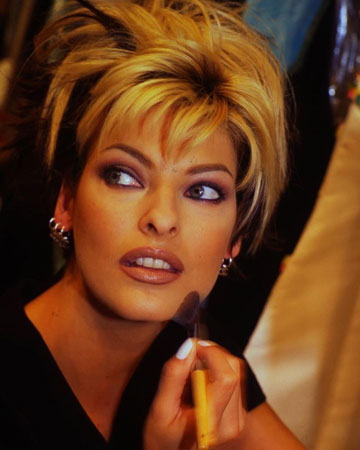 Supermodel Linda Evangelista has made a comeback into the modelling world, many months after she opened up about a botched ‘CoolSculpting’ procedure that left her “disfigured”.

The 57-year-old Canadian fashion model recently took to Instagram to share a photo of herself from a Fendi campaign, in which she appeared to be the professional that she is. Evangelista was dressed in a grey turtleneck sweater, which she accessorised with Fendi purses, a pair of pink-tinted sunglasses and multiple pink satin hats, which were plonked on top of each other.

The model also wore a pair of matching pink gloves and appeared to look away from the camera, her lips slightly parted and just a hint of smile on her face.

The campaign, she explained, is a part of the celebration of the 25th anniversary of the Fendi baguette. “On September 9, 2022, Fendi will host a special fashion show in New York City,” she explained. Evangelista also wrote that the collection has been designed by Silvia Venturini Fendi, the creative director of accessories, menswear and children at Fendi.

The model wrote that the fashion show will come “two years since @mrkimjones joined the Maison as artistic director of couture and womenswear”, before stating that she is “so grateful to” Kim Jones and Silvia Venturini Fendi.

The photograph was clicked by Steven Meisel and Evangelista was styled for the campaign by Carlyne Cerf de Dudzeele, a French stylist, art director and photographer. 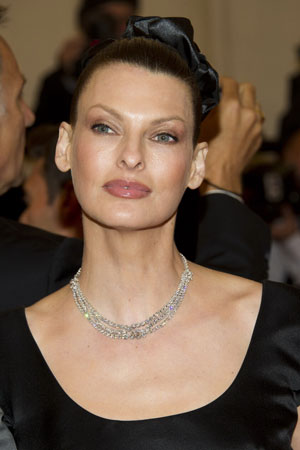 The supermodel’s appearance in the Fendi campaign comes after she claimed in September 2021 that she had become “brutally disfigured” and “unrecognisable” after a cosmetic body-sculpting procedure, which had also turned her into a recluse.

She made the claims in an Instagram post, and even referred to a filing a lawsuit as a “a big step towards righting a wrong that I have suffered and have kept to myself for over five years.”

Earlier this year, Evangelista also shared exclusive photographs of herself with People, and talked about her traumatic experience for the magazine’s cover story. “I loved being up on the catwalk. Now I dread running into someone I know. I can’t live like this anymore, in hiding and shame.

I just couldn’t live in this pain any longer. I’m willing to finally speak,” she was quoted as saying.