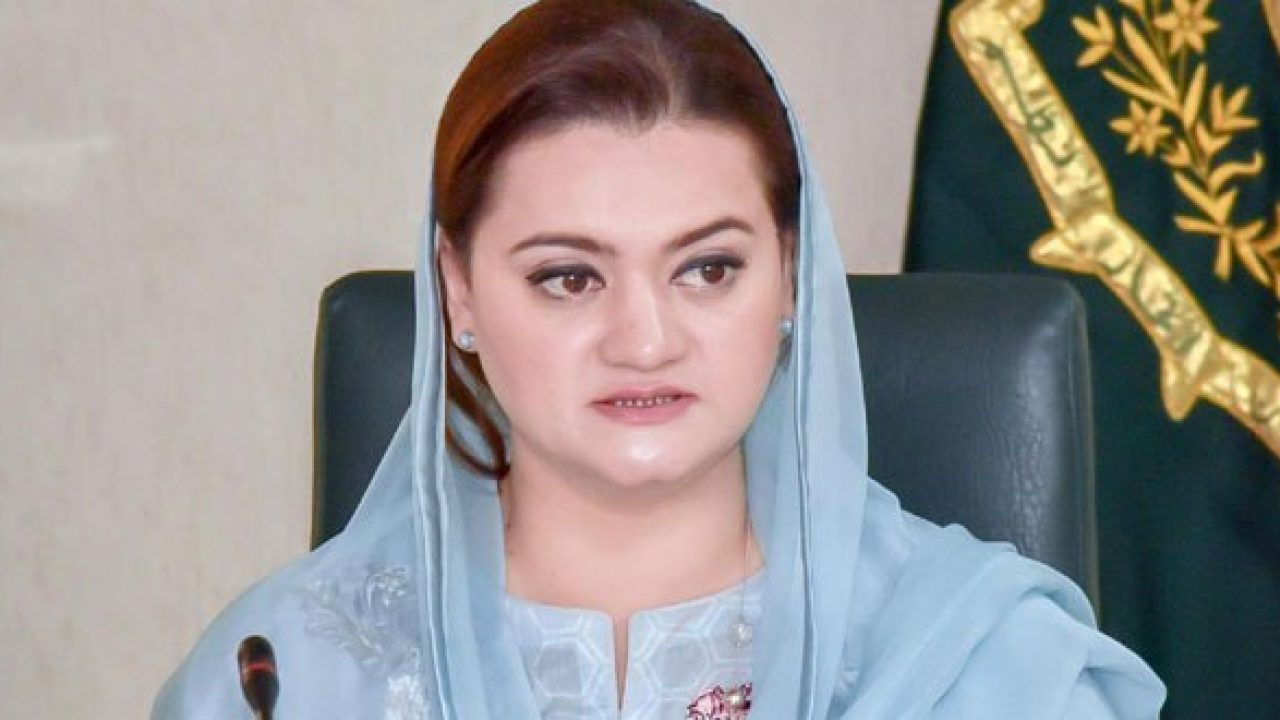 Addressing a news conference, she said Imran Khan had laundered billions of dollars by receiving foreign funding in bank accounts of Pakistan Tehreek-e-Insaf’s (PTI) office-bearers, which had caused a huge loss to the national exchequer.

“Imran Khan tried to reach out the incumbent CEC through back door channels as he wanted him to play a role like that of the ex-NAB chairman, but Sikandar Sultan Raja will not become another Javed Iqbal at any cost,” she maintained.

The minister said Tayyaba Gul was held hostage at the Prime Minister’s House to blackmail the former NAB chairman for victimising the political opponents by filing false cases. The former Federal Investigation Agency director general was also pressured to register cases against the then opposition leaders.

Imran Khan, she said, was attacking the Election Commission of Pakistan (ECP) as it had reserved the decision in the PTI’s foreign funding case, which it could announce any time.

She claimed that the PTI chief had a mindset of despotic German dictator Hitler. It was beyond understanding that he (Imran Khan) had launched a scathing attack against the same CEC, who was appointed by him.

“He (Imran) will take no time to attack the Supreme Court, if it gives a decision against him,” she said.

The minister said Imran Khan’s demand for the incumbent CEC’s resignation manifested that he would want the head of any institution to quit whichever gave a decision against him.

She said Imran Khan also attacked every media outlet which had exposed his real face. His autocratic government had gagged the media, made the current affair programmes of different media channels go off air and imposed restrictions over the print media, she alleged.

He also used to close down the parliament, if questions were raised over his government’s policies, the minister added.

Marriyum alleged that Imran Khan also victimised the political opponents by misusing the power and even abducted the ECP staff on realising that his party’s candidate was going to lose in the Daska by-election.

She said Imran Khan started targeting the state institutions after his ouster from the Prime Minister’s Office. The institutions should take legal action against Imran Khan who could up the ante if not stopped.

“Imran thinks that he is above the law and Constitution,” she said, recalling the transgression of the Constitution by him while he was being ousted from power.

He, even, attacked the apex court when action was taken against him for violating the Constitution, she added.

The minister said in the Punjab by-polls, the PTI lost five out of the total 20 seats which were won by its candidates in the 2018 general election. The sole objective of Imran Khan was to destabilise the state institutions, and create anarchy and civil war in the country. He  attacked the state institutions in his every speech, she added.

“Imran Khan has said in the past that he will set the ECP on fire if his party could not win all the 20 seats in the Punjab by-polls,” she recalled.

As regards the so-called foreign conspiracy, Marriyum asked Imran Khan as to why he did not inform the public the same day about the matter (when he came to know about the cypher), set up an inquiry commission and dissolved the assemblies while being in power.

She said Imran Khan while in power had rendered the people jobless, and ruined the national economy, along with national and foreign policies. He was thrown out of the Prime Minister’s Office by the people for weakening the national institutions, she added.

“The general election will be held whenever the government wants,” she said, adding Imran Khan had a chance to announce the fresh election when he was in power, but he, rather, preferred to beg support from different quarters.

The coalition government would take every possible step to serve and facilitate the citizens, she added.

The minister said it was Imran Khan whose government had signed an agreement with the International Monetary Fund (IMF) on tough conditions and then he violated it to save his regime. The incumbent coalition government, however, revived the IMF programme by taking difficult steps which were best in the national interest, she added.

She said the coalition government announced a free electricity scheme in Punjab, but it was Imran Khan who moved the apex court against the relief. “Imran only wants civil war in the country whether it comes from political instability, or inflation or unemployment.”

Marriyum said the Pakistan Muslim League-Nawaz still enjoyed support of majority people in Punjab. It had secured 40 percent of votes in the Punjab by-election. Despite the difficult steps taken by the PML-N under the coalition government, the party received overwhelming response from the masses.

Lashing out at PTI leader Fawad Chaudhry for consistently telling lies in public, Marriyum said she was not like him as he had remained the spokesman of some five political parties.