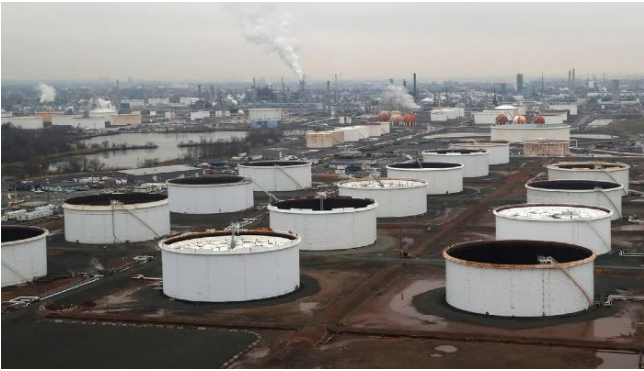 Oil prices fell on Tuesday, taking a breather after surging more than $5 a barrel in the previous session as a plunging dollar supported buying interest and on expectations the US Federal Reserve’s interest rate hike may be less than thought.

Brent crude futures for September settlement fell 69 cents to $105.58 a barrel by 0036 GMT. The contract rose 5.1% on Monday, the biggest percentage gain since April 12.

WTI crude futures for August delivery fell 65 cents to $101.95 a barrel. The contract climbed 5.1% on Monday and the largest percentage gain since May 11.

The August WTI contract expires on Wednesday and the more actively traded September future was at $98.79 a barrel, down 63 cents.

Both benchmarks recorded weekly declines of more than 5% last week.

Oil prices have been whipsawed between concerns about supply as Western sanctions on Russian crude and fuel supplies have disrupted trade flows to refiners and end-users and rising worries that central bank efforts to tame surging inflation may trigger a recession that would cut future fuel demand.

Two US Federal Reserve officials indicated last week that the central bank would likely only raise interest rates by 75 basis points at its July 26-27 meeting.

A lower hike may mean less of an economic crunch that would reduce fuel demand.