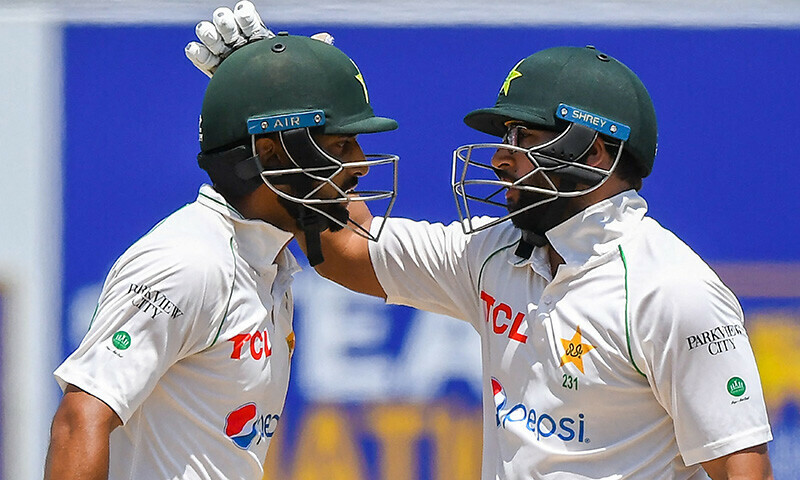 Pakistan’s openers reached 68-0 at lunch, chasing a record victory target of 342, after Dinesh Chandimal was left stranded on 94 not out as Sri Lanka made 337 in their second innings on day four of the opening Test on Tuesday.

Abdullah Shafique was 41 not out and Imamul Haq 25 leaving Pakistan to score another 274 runs to win at Galle, where the highest successful fourth-innings chase is 268 by Sri Lanka against New Zealand in 2019.

Shafique escaped an lbw appeal from left-arm spinner Prabath Jayasuriya, who took five wickets in Pakistan’s first innings, after the on-field umpire gave it not out and Sri Lanka’s review was unsuccessful.

In the next over, Imam was given out lbw off fast bowler Kasun Rajitha but reprieved on review when technology showed the ball would have bounced over the stumps.

The right-left batting pair of Shafique and Imam slowly gained confidence to rotate the strike, finding the boundary rope six times between them before the interval.

Earlier, the in-form Chandimal had moved on from 86 to 94 but missed out on a century when Naseem Shah bowled Jayasuriya for four, after the hosts resumed on 329-9.

The Pakistan spinners had reduced Sri Lanka to 235-7 on Monday but Chandimal hit back with his second half-century of the match and got help from the tail on a turning pitch.