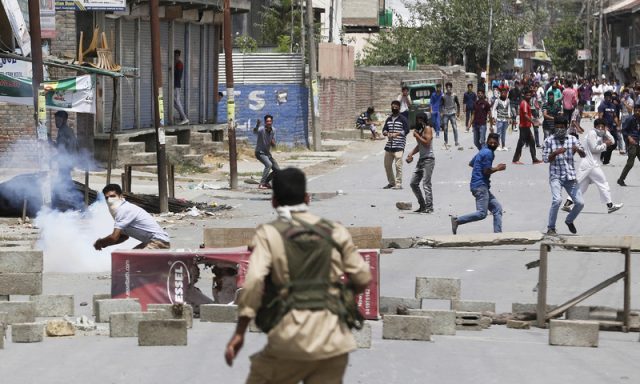 ISLAMABAD: On Tuesday, Prime Minister Shehbaz Sharif said that the Indian oppressive state apparatus had failed to stop the journey of resistance, sacrifice, and defiance.

Kashmiris around the world are commemorating the accession of Kashmir to Pakistan on July 19, as a resolution for accession was passed on this historic day in Srinagar.

The prime minister praised Kashmiris for their unwavering struggle. “We salute Kashmiris’ courage,” he said.

Kashmir's Accession to Pakistan Day is a reflection of Kashmiris' pledge to continue their struggle till the idea of accession becomes a reality. Indian oppressive state apparatus has failed to stop this journey of resistance, sacrifice & defiance. We salute Kashmiris' courage.

PM Sharif said after the passage of the resolution for accession to Pakistan, the people of Azad Kashmir and Gilgit Baltistan fought a big struggle for freedom.

“The struggle and sacrifices of Kashmiris initiated in 1947 still continue and the 0.9 million Indian occupational troops have not succeeded in bringing down the passion of Kashmiris,” he said.

He stated that Kashmiris had made enormous sacrifices from generation to generation in order to obtain their right to self-determination.

He stated that Pakistan would continue to support Kashmiris until their dream of holding a plebiscite in accordance with United Nations resolutions and the aspirations of the Kashmiri people was realized.