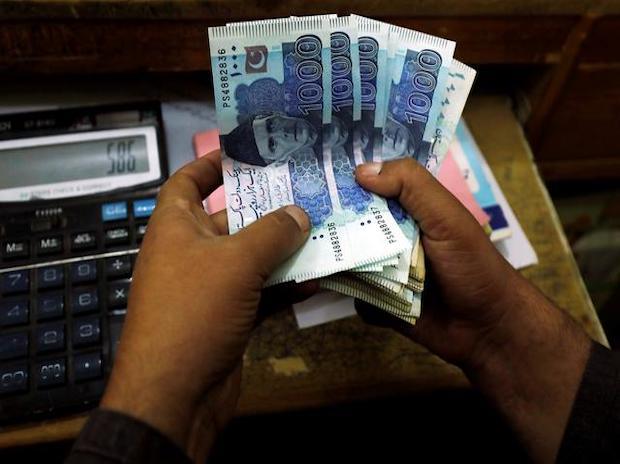 The Pakistani rupee broke all previous records on Tuesday, falling to a new low of 224 per dollar in afternoon interbank trade as the day came to an end.

The rupee fell by Rs8.80 in the interbank market after closing at Rs215.20 yesterday, according to Tresmark data.

Today, the rupee was trading at Rs224 against the dollar in the open market.

According to data released by the State Bank of Pakistan yesterday, the rupee fell by Rs4.25, or 1.97 percent, against the US dollar.

Mettis Global Director Saad Bin Naseer said the rupee was seeing a decline due to “panic buying [of the dollar] from banks in the interbank market”.

He said that “panic is setting in the financial markets following fears of change in [the] government in Punjab and Centre” after the by-polls on the province’s 20 seats. The by-elections saw the PTI register a thumping victory against the PML-N, which leads the ruling coalition.

He went on to say that the downgrading of Pakistan’s outlook from stable to negative by the Fitch rating agency further increased panic in the market.

Furthermore, he stated that demand for the dollar had “spiked” among importers as the future of inflows from the International Monetary Fund, friendly countries, and bilateral sources remained uncertain.