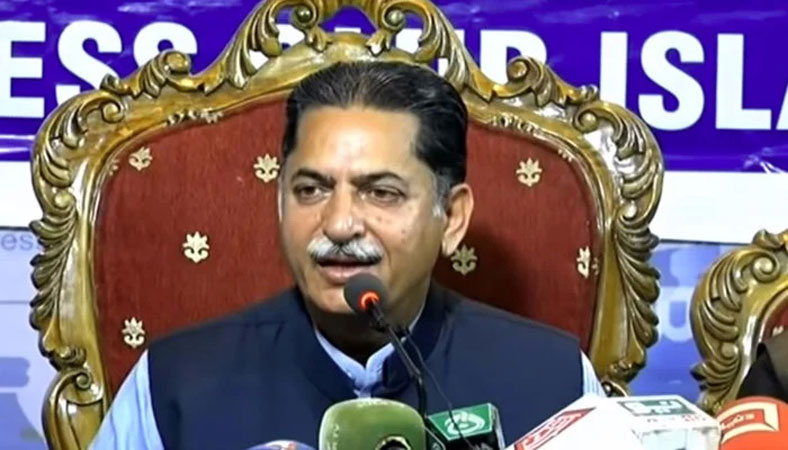 Talking about the post by-elections results scenario, Federal Minister Javed Latif Monday said that Nawaz Sharif’s return was necessary to save the state of Pakistan, a private TV channel reported. He was addressing a press conference at Lahore Press Club. PML-N senior leader said that Nawaz Sharif will also have to tell the ‘whole truth’. He claimed that if PMLN tells the complete truth with facts in front of people then its opponents would be in a very difficult situation. He said the court decisions against Nawaz Sharif and Maryam Nawaz were ‘beyond the law’. Javed Latif claimed that PMLN sacrificed politics for the country. “Today, government has lost while the ideology of Nawaz Sharif has won,” he added. PMLN senior leader said that the coition government took these tough decisions including increasing POL prices and electricity prices in order to take the country out of the political and economic crisis. He requested stakeholders not to make decisions based on their ‘ego’. “If someone puts us in jail today, the nation will not accept it,” Javed said.