The comedic follow-up to 2017’s “Thor: Ragnarok” stars a muscle-clad, self-parodying Chris Hemsworth as the space viking who wields the mallet Mjolnir, but also finds himself pining for his ex-girlfriend Jane Foster, whose help he enlists to battle god butcher Gorr.

The take was down sharply from its $144 million debut last weekend, but Thor still easily beat out “Minions: The Rise of Gru,” which scored second spot for the second straight week after a phenomenal opening weekend over the July 4 holiday.

The latest goofy instalment in Universal’s animated “Despicable Me” franchise about the reformed super-villain Gru and his yellow Minions took in $26 million in the Friday-to-Sunday period.

Third place went to “Where the Crawdads Sing,” the adaptation of Delia Owens’ novel about an abandoned girl who grows up in marshland of 1950s and 60s North Carolina and, at a murder trial years later, looks back on that rough and violent upbringing. The take was $17 million. 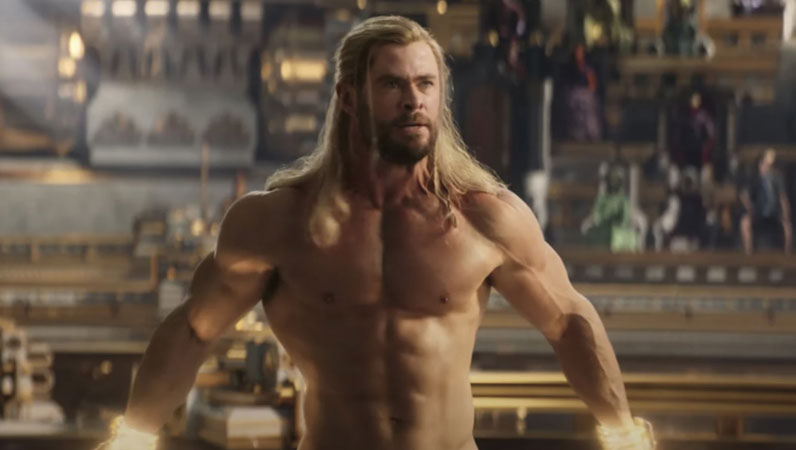 “This is a very good opening for a movie that combines young adult romance and suspense crime drama. Where the Crawdads Sing’s weekend number is above average, in spite of weak reviews,” said analyst David A Gross of Franchise Entertainment Research.

“These films have never been strong overseas and that will be the case here as well,” he added.

Dropping from third to fourth was Paramount’s “Top Gun: Maverick,” the crowd-pleasing sequel to the original 1986 film that once again features Tom Cruise as cocky US Navy test pilot Pete “Maverick” Mitchell.

The fighter ace feature, in its eighth week in theatres, has now grossed $618 million worldwide.

Another movie making its debut — Paramount’s animated comedy “Paws of Fury: The Legend of Hank” — scored a haul of $6.3 million for sixth place. It tells the tale of a hapless dog who is assigned to protect a village of cats.

Completing the top 10 were: