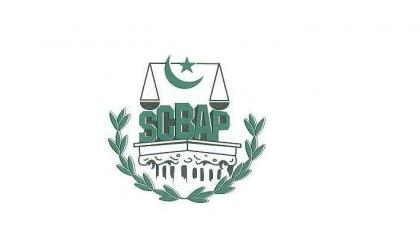 ISLAMABAD: The Supreme Court Bar Association of Pakistan (SCBAP) on Monday issued a statement distancing itself from the statement made by the association’s additional secretary regarding fresh general elections.

Chaudhary Riasat Ali Gondal had earlier today issued a press release stating that the Pakistan Tehreek-e-Insaf’s (PTI) victory in Sunday’s by-election for 20 Punjab constituencies reflected that the PML-N-led government had lost legitimacy and fresh transparent elections were the only constitutional solution for Pakistan.

The statement issued on the SCBA’s official letterhead garnered strong reactions as the association’s official urged state institutions to play an impartial role to steer Pakistan through these difficult times.

Quoting two former presidents of the United States in an attempt to appeal to the urgency of ‘democracy’, Gondal wrote, “It is high time that the SCBAP also carries out some course correction.”

In response to the statement, SCBA Secretary Waseem Mumtaz Malik clarified that Gondal’s statement was based only on his personal opinion and the SCBAP has nothing to do with it.

The secretary added that any statement or decision made in the SCBA was always consulted between the president, secretary, office bearers and the executive committee.

Defending the association, secretary Malik added that the association annulled partisan agenda as it did not hold the right to comment or dictate the legitimacy of any government and the sole prerogative of the parliament.

He said that the SBAP believed that the obedience of the Constitution was the only way out for all the political parties for the realisation of any political requirement.

The association was always open for all and had always provided a platform to all stakeholders, not for the violation but for the observance of the Constitution, he added.