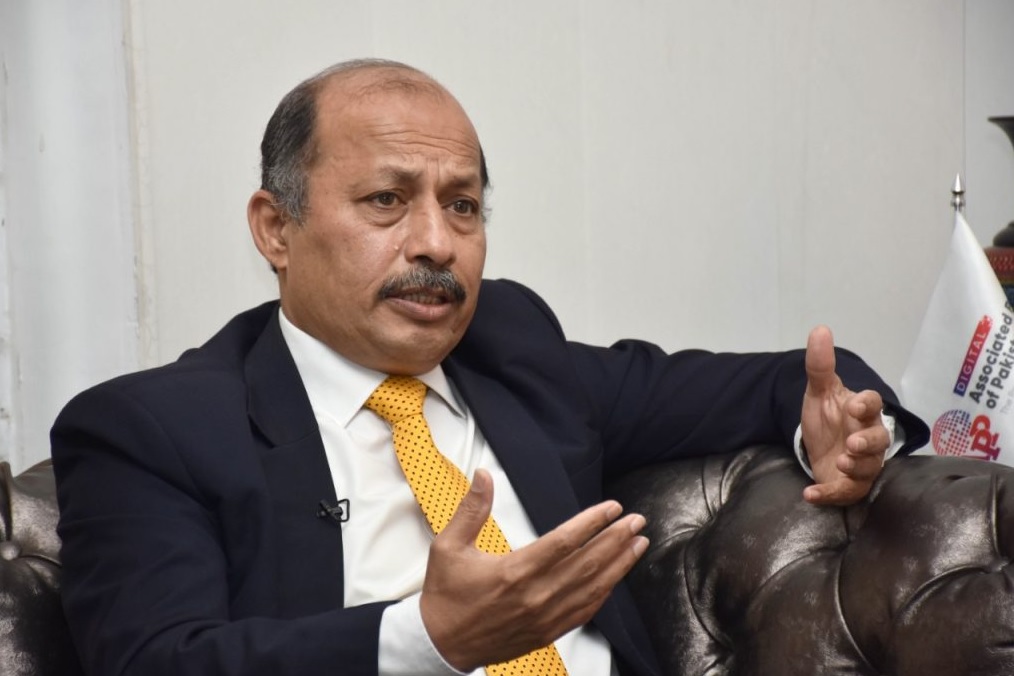 ISLAMABAD, Jul 18 (APP):Ambassador of Pakistan to Afghanistan Mansoor Ahmad Khan has urged the international community to extend its support through enhanced engagement with the Afghan interim government to avert the lurking dangers of economic collapse, compounded with large scale hunger and squalor.

The ambassador viewed unfreezing of the Afghan foreign reserves of $9 billion, including $7 billion parked in different financial institutions of the United States and continuation of financial support as vital factors to ease out pangs of impoverished Afghan populace since the Taliban took control of the war-weary country on August 15 last.

“It is important that tools of economic sanctions should not be used against the Afghan population. The Afghan foreign reserves should be handed over to Afghanistan, so that it can be spent for the benefits and welfare of the people,” he stressed.

The ambassador, during an exclusive interview with APP, observed that the global community’s enhanced engagement and broadening of partnership were must for a durable peace and stability in Afghanistan.

It was important for the international community to come forward and assist the war-stricken Afghan society and their institutions, so that they could overcome their social and economic challenges, he stressed.

According to a UNHCR (United Nations High Commissioner for Refugees) report, about 24 million Afghan people currently rely on humanitarian aid, including nearly 13 million children. In addition, 19 million Afghans are experiencing an acute food crisis. While a report of WFP (World Food Programme) alarms that about 70 percent of the Afghan population is unable to meet basic needs of food and other non-food items.

The ambassador said, “The Taliban interim government has to face difficulties, but despite that it was able to meet their expenses with the domestic resources,” he said, adding that still it was not sufficed to overcome the mammoth economic ordeals.

Mansoor Ahmad Khan also noted with satisfaction that the UN and other neighbouring countries have been supporting the Afghan interim government. “Efforts of all the countries in must be towards helping Afghanistan in becoming a productive member of the international community,” he opined. He also underscored the need for strengthening the capacity building of Afghan institutions.

To a query, the ambassador replied that Taliban interim government was facilitating Pakistan in its talks with groups like Tahreek-i-Taliban Pakistan.“The process of negotiation is underway and we are grateful for the facilitation provided by the Afghan government and their leaders. The negotiation continued within the framework of the Constitution of Pakistan, as you knew, the parliament had been briefed about the process of negotiations,” he added.
He said during the last two decades, there had been pockets of terrorists operating from inside Afghanistan, supported, financed and trained by India. They found safe havens around the border areas and used Afghan soil for destabilizing Pakistan, the erstwhile tribal areas and Balochistan province with terrorist activities.
About Indian’s spoiler role in Afghanistan, the ambassador said, unfortunately, in the past few decades, India played a very negative role as they invested in areas where it tried to destabilize Pakistan through covert terrorist activities.
The ambassador regretted that in the past, there were lobbies in Afghanistan supported by hostile countries that were working through media networking or social media platforms portraying Pakistan’s cooperation and support in negative. The ambassador said the interim government assured that Afghan soil would not be used against any other country including Pakistan. “We welcome this commitment. We believe that it is very assuring commitment,” he added.

Responding to a question, the ambassador said Pakistan granted more visas to the Afghan citizens as compared with any other country in the region and in the past, it had been issuing around 2,000 visas to Afghans on daily basis. In the wake of Aug 15, he said, when there was uncertainty and the foreign embassies were moving out of Afghanistan, Pakistan embassy facilitated in the evacuation of the foreigners and locals and even during that period, issued 1,800 to 2,000 visas daily.

Ambassador Khan further said Pakistan had no restrictive visa regime. “Pakistan does not charge any visa fee for the Afghan visa seekers, except a processing fee of only $8.18, thus helping Afghans to visit Pakistan for education, health and business purposes,” he added.

He said currently, they were issuing over 1,500 visas on daily basis. The ambassador said Pakistan and Afghanistan were brotherly countries. Pakistan had hosted about 4 million Afghan brethren on its soil who were enjoying equal opportunities like those available to the Pakistani citizens. He said Pakistan had been providing 1,000 scholarships to Afghan students each year.

The ambassador highlighting Pakistan’s role in Afghanistan, said in the wake of August 15 last when Taliban took control of Afghanistan, it played a very facilitative role by providing humanitarian aid in view of the approaching winter season to alleviate the impending sufferings of Afghan people. About a question regarding bilateral trade, he said Pakistan and Afghanistan had been two primary and leading trading partners in the region.

At one point during 2012-13, the bilateral trade between Pakistan and Afghanistan was touching $3 billion and there were plans to increase the volume by $5 to $10 billion annually, he added.

He said the required steps were being taken to ensure smooth movement of goods and people on border crossing points that would greatly help promote bilateral trade. “I am really optimistic that in the coming years, the trade with Afghanistan will multiply further,” he added. About reluctance of the international community to recognize Taliban interim government, he opined that the interim government was engaged with the international community, the regional and neighbouring countries, including the major powers US, Russia and China.